Join us next week as our annual Asia-Pacific fintech conference returns to Singapore! FinovateAsia is one of the best ways for fintech startups and innovative industry veterans from the region and around the world to showcase their latest technologies before an audience of C-level decision-makers, venture capitalists, all-star analysts, and more.

FinovateAsia runs from October 14 through October 15, with an additional Summit Day on October 16. Visit our registration page and pick up your ticket today. Two Finovate alums took home top honors at the UniCredit Appathon event this week. SBDA Group won first place for its Smartbanking app that uses transaction data to help users budget and manage their finances. Coming in second was Irish authentication specialist Sedicii, whose technology enables customers to authenticate themselves to a network or service without having to share a password or other personal information.

The goal of the Appathon is to stimulate innovation “both within and beyond the bank” said Paolo Fiorentino, UniCredit Deputy General Manager. Indeed, the first place prize of the hackathon is the chance to work with a team from UniCredit Business Integrated Solutions (an opportunity valued at €50,000). The second place prize was a pair of tickets to FinovateLondon 2017 (an awesome award, in our humble opinion), and the third place winner, Rome’s All Industries, won a virtual reality headset for its digital financial assistant, TalkForce. Now in its third year and conducted 100% online for the first time, UniCredit’s fintech hackathon featured more than 190 teams across Europe. The event was judged by senior managers from both UniCredit and its subsidiary, UniCredit Business Integrated Solutions. Teams were asked to demonstrate a solution in one of three categories: digital payments, digital wallets, and” instantaneous delivery of complex information using big-data analytics.” 70 cities from 26 European countries were represented, with most of the team (32) coming from Italy. Also participating were 10 “international” teams. The judges evaluated each solution on the basis of technology, completeness, innovation, feasibility, subject matter, and API relevance.

A finalist in the Innotribe Startup Challenge and one of five Finovate alums to be included among the World Economic Forum’s 2015 Technology Pioneers, Sedicii’s authentication service can be used instead of one-time passwords, as well as deployed in a tele-service environment, and is effective against man-in-the-browser, man-in-the-middle, and server-side attacks. The company demonstrated its authentication platform at FinovateEurope 2015.

According to the World Economic Forum, whatever it takes to be a Technology Pioneer in 2015, a quintet of Finovate alums has got it.

The Technology Pioneers program was launched in 2000 to give recognition to early stage companies developing new technologies that will have a “significant impact on business and society.” Previous winners have included AirBnB, Google, Next, SoundCloud, and Twitter.

The World Economic Forum chooses approximately 30 companies each year out of a pool of “hundreds” of applicants. The field is winnowed by a selection committee consisting of top technology experts, academics, entrepreneurs, and venture capitalists who review the applications and submit a recommendation to the World Economic Forum. Since the program began, 600 companies from five continents have been represented in the Technology Pioneer program.

Companies interested in the 2016 program should apply before February 5, 2016. Applicants will be notified by mid-July 2016. More information about the program is available here.

Ayasdi made its Finovate debut at FinovateFall 2014 in New York. The company raised $55 million in funding this spring, taking its total to more than $100 million. FutureAdvisor recently unveiled its FutureGift solution, to make it easier for friends and family to make contributions to a child’s college savings plan. The San Francisco-based company demoed its platform at FinovateFall 2013, and has total capital of more than $20 million.

Ripple Labs picked up a $28 million investment and hired former Yahoo exec Brad Garlinghouse as its new chief operating officer in April. Irish startup Sedicii demoed its authentication solution at FinovateEurope 2015, and TransferWise, making its Finovate appearance at FinovateEurope 2013, began 2015 with a $58 million fundraising led by Andreessen Horowitz that boosted the company’s total capital to more than $90 million. Three Finovate alums, SizeUp, Token, and Pendo Systems won in their respective categories at the Innotribe 2015 New York showcase today in Manhattan. The three will join fellow New York showcase winners, Payfirma and Hyperledger—and 15 other finalists from showcases in London, Singapore, and Capetown—at the final competition at the Sibos conference in Singapore in October 2015.

Fresh off their Finovate debuts this spring, SizeUp and Token competed in the early-stage startups category. This category includes companies less than three years old or have less than $1 million in combined revenue and investment in the past 12 months.

Based in San Francisco, SizeUp provides companies with the business intelligence and market research they need to make better use of their data. In its first appearance at FinovateSpring 2015 in San Jose, SizeUp demonstrated a version of its platform geared specifically for financial institutions, SizeUp FI.

Also making its debut at FinovateSpring 2015, Token has developed a payments ecosystem that helps banks and billers meet regulatory, business, and consumer demand for faster, real-time payments and better security. The company was founded in January 2015 and is based in Palo Alto, California. Steve Kirsch is CEO and founder.

Pendo Systems won in the growth-stage startups category, representing companies more than three years old or have more than $1 million in combined revenue and investment in the past 12 months. Founded in 2007 and based in New Jersey, Pendo Systems demoed its cross-vertical, global investment-accounting cloud-solution, BasisPoint, at FinovateAsia 2012.

.@PendoSystemsInc on how it is harmonizing data and creating a single, searchable view #ISCNewYork pic.twitter.com/NMKvUeD7B2

Also competing at the Finale in October are Finovate alums Revolut and Sedicii, finalists from the 2015 London showcase.

The Innotribe Startup Challenge was launched by SWIFT in 2011 as a way to promote technological innovation in the financial services industry. The challenge features regional showcases around the world that provide opportunities for emerging fintech startups to network with banks, venture capitalists, and decision-makers in financial services.

Sedicii provides authentication technology that can prove a person is who they say they are.

Today’s internet world requires users of secure services to authenticate themselves before they receive access to the services they seek. This need to authenticate has spawned an ever-increasing number of websites that mimic the look and feel of a genuine website with the intention of fooling the unsuspecting user into entering their user credentials (login name and password).

Based on the zero-knowledge protocol, Sedicii’s patented, strong authentication technology can prevent data compromise from man-in-the-browser, man-in-the-middle, and server-side attacks. The service is used in a traditional web or app context, but can also be used to authenticate through contact centers or other offline services with a single, easy-to-use interface. 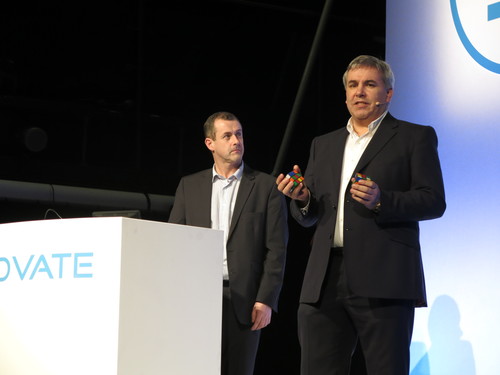 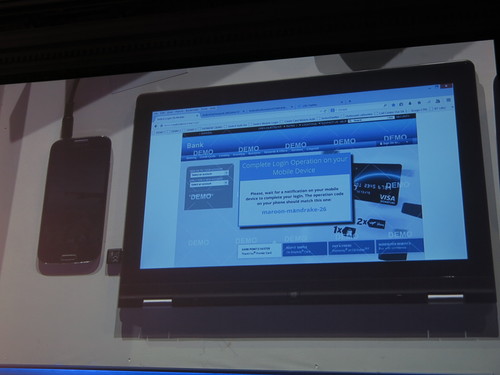