Last night in Amsterdam the 2016 European Fintech Awards celebrated innovators shaping the future of finance. A total of nine awards were presented to companies selected by a panel of judges for the quality of their pitch.

Four of the winners are Finovate and FinDEVr alums, including BehavioSec, who won the overall award of Best European Fintech Company of 2016:

A total of 29 Finovate and FinDEVr alums were recognized in the European Fintech Top 100 list. Companies awarded on this list were selected by a combination of online public votes (weighted 25%) and a panel of judges (weighted 75%).

The European Fintech Awards are organized by Amsterdam-based publishing company Alex van Groningen BV. The company offers a great explanation of the awards: “The purpose of the FinTech awards is not to scientifically prove who are the best FinTech companies. The judging is primarily based on the judges’ individual ideas and views on the nominating companies using their expertise, knowledge and ideas.”

A look at the companies demoing live to 1,500 fintech professionals. Register today.

CreditRobo from AdviceRobo provides behavior-based predictive and preventive solutions, instant credit scoring, and a gamified user interface by applying the latest technologies such as machine learning.

Why it’s great
AdviceRobo helps you to predict and prevent, on an individual level, the credit risk in your base.

Founder and CEO Thiel previously founded and sold eyeOpen, the world’s first online mortgage robo-advisor. He is enrolled in a Ph.D. program on behavioral finance and big-data-driven customer experiences.
LinkedIn Founder and CCO Steenbakmer previously founded and sold eyeOpen, the world’s first online mortgage robo-advisor. She has in-depth expertise and experience in the field of marketing, communication, and sales.
LinkedIn From the $16,000 in seed money raised by U.K. startup, StockViews, to the €82 million investment received by Germany’s Kreditech, we’ve counted every euro, pound, and dollar that investors poured into our European alums. And whether the funding represented an initial infusion of capital or was part of a multi-stage Series E round, it is clear that investors are very interested in the fintech innovations of Europe.

Take a look for yourself at the “European Portfolio” from 2015 below, featuring Finovate alums from the United Kingdom, Ireland, Germany, Switzerland, and the Netherlands. There’s still time to join us in London for FinovateEurope! Our two-day conference returns to Old Billingsgate Market Hall, February 9 and 10. Get your tickets today and save your spot. This post is part of our live coverage of FinovateEurope 2015.
AdviceGames unveiled its Risk Game to help users budget better for their mortgage:

The Risk Game teaches the players how to budget more wisely. The starting point is the Financial Health Score (FHS), an index of a consumer’s financial health. The FHS determines the starting level in the game and drives the routing.

Players can use their earned points for saving and protecting themselves against unexpected events. Real life comes in when the players receive tips and see their FHS adjusted in their bank account based on their real behavior. The objective of the game is to activate people to better budget and therefore be able to pay their mortgage installments, reducing the risk for the bank. 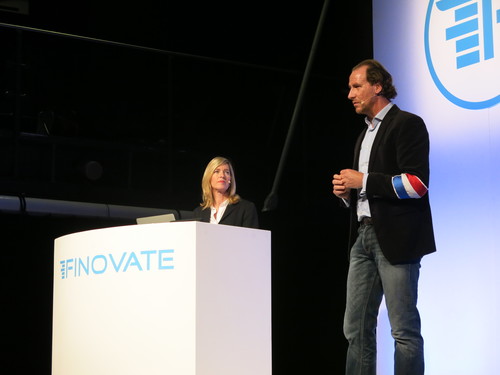 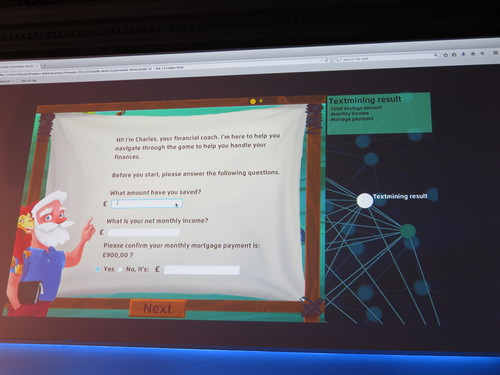 The investment comes from Ibuildings, a creator of software that facilitates online communication between businesses and customers. The funding will be used to increase the speed of its machine learning technology and build a solid foundation for international growth.

Since launching in 2013, AdviceGames has invested over $1.1 million to develop and build its machine learning platform. 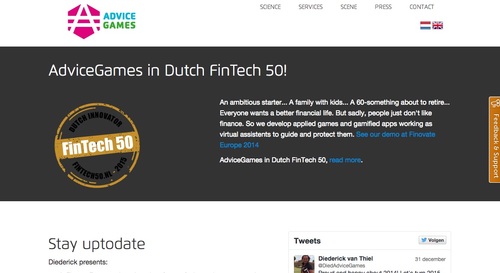 Tom Schenkenberg, founder of Ibuildings, will join AdviceGames as CTO.

AdviceGames will debut its newest technology this week at FinovateEurope 2015.

Next up, AdviceGames debuted a Virtual Guardian Angel for financial advisors: 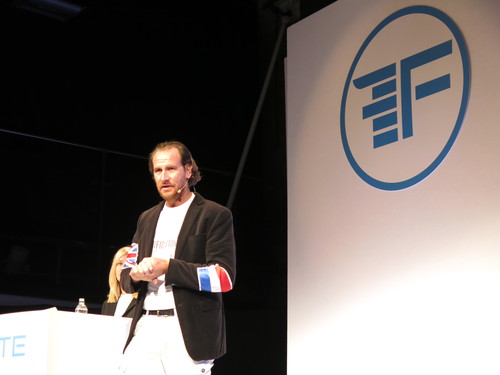 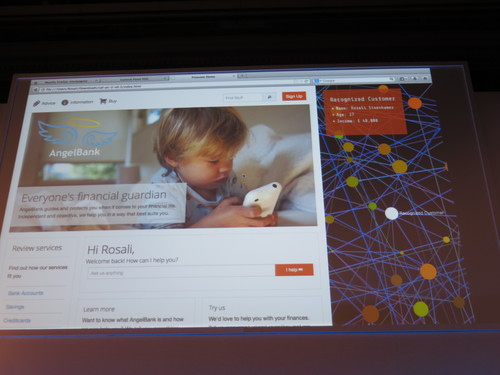 Product Launch: February 11, 2014
Metrics: In 2013 we sold eyeOpen to Aegon/Transamerica. The buyout fee is being invested into AdviceGames to develop the virtual guardian angel for the Dutch, UK and US markets. We run offices in Amsterdam, London and San Francisco
Product distribution strategy: Direct to Business (B2B), through financial institutions, through other fintech companies and platforms, licensed
HQ: Amsterdam, The Netherlands
Founded: December 24, 2013
Website: advicegames.com