Fall is in full swing and there has been plenty of news to keep the fintech world busy.

I spent last week at Money20/20 where the themes centered around Apple Pay, Bitcoin, and Millennials. In between listening to industry experts on these and other topics, I sat down to chat with seven Finovate alums. Here are a few notable updates:

CAN Capital (fka Capital Access Network) has supplied just over $4 billion in funding to more than 55,000 small businesses. It continues to expand, reporting double-digit growth from last year.

CAN’s financing works well for small businesses who cannot obtain funding through traditional bank loans. Its 60%+ approval rate is made possible by the robust tech and big data analytic capabilities that enhance market insight. This ultimately broadens CAN’s access to prospective clients and enables it to provide customers with a lower priced loan.

In June, it launched the beta version of CAN Connect, a set of 4 APIs. One of these APIs is called CAN Instant Quote (IQ). It pulls data from software that a small business uses frequently, such as scheduling or accounting software, to pre-approve them for instant financing.

In November, CAN announced a partnership with Yodlee to extend funding through its small business offering. This will enable Yodlee’s financial institution clients to offer customers access to funding via CAN’s Instant Quote API. The service will be available by Q1 of 2015.

While fixed term loans are still CAN’s core product, it is currently looking into offering flexible payment terms in 2015.

See CAN Capital’s demo from FinovateFall 2013 where it debuted Mobile Funder.

Several weeks ago, Encap partnered with Feedzai to leverage its analytic engine that authenticates users. When the customer’s identity is in question, they are sent challenges to authenticate themselves, rather than being shut out of the system entirely.

Other partnerships are in the works, but all are confidential at this point.

Additionally, Encap has recently integrated Apple’s Touch ID to replace users’ PINs. While Encap’s Smarter Authentication will still be the underlying technology, Touch ID will help authenticate the user at each point of interaction. 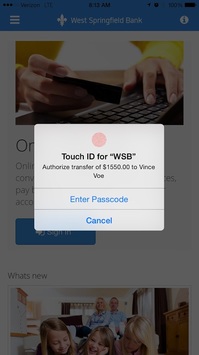 The company plans to incorporate other biometrics in the future.

As we tweeted last week, Fuze was recently acquired by Ingo Money, a company that specializes in mobile check cashing services for underbanked consumers. Ingo enables customers to instantly deposit checks onto a prepaid card, bank account, or mobile wallet.

The acquisition will combine Ingo’s mobile check cashing with Fuze’s swipe-to-pay and swipe-to-load features to give users more control over their money. Ingo will also leverage Fuze’s existing network of more than one billion cards, which includes:

Ingo is also working on solutions to help users avoid late fees by enabling them to send funds to a location of their choice, such as their landlord. Additionally, it plans to expand the number of retail locations where customers load cash and move money from card to card.

The terms of the acquisition, which is set to be finalized by the end of this year, were undisclosed.

Fuze Network last demonstrated at FinovateFall 2011 where it debuted Swipe2Pay.

With a swell in data breaches this year, security has become a hot topic with the half-billion personal identities stolen in the last 8 months.

The increasing number of new solutions and capabilities banks now offer has opened up fresh opportunities for fraudsters to compromise users’ identities. To combat this, Guardian Analytics has added capabilities that gather user reputation data, such as their IP address.

Guardian Analytics is working with more than 300 financial institutions and has expanded its partnerships outside of banks. In the last year and a half, it has partnered with two non-bank institutions, Fiserv and Digital Insight. 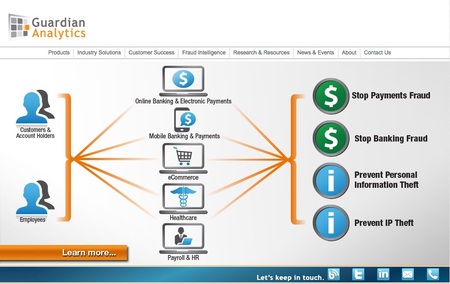 In the future, the California-based company plans to expand its analytics-based security solutions, since rules-based security is failing under the ever-expanding number of requirements needed to protect institutions.

Each new client is using a white-labeled version of Larky’s platform coupled with a package of local offers and rewards. The offers not only save users money, but also drive traffic to local business, and increase card usage.

Check out Larky’s demo from FinovateFall 2014.

The Ripple network increases the speed and velocity of transactions, which add to its risk. To mitigate the liability, it leverages Yantra’s technology to create context and conditionality to its money movement processes.

Yantra will augment the data collected about transactions and is adding new tools, such as custom search fields, to better analyze the data, and all within seconds.

When we last spoke with Xpenditure at the beginning of this year, the company had $2.2 million in Angel funding and 15 employees. By the end of 2014, it will have raised $3.5 million in total funding and expects to have 25 employees.

It is also expanding its operations. It recently opened offices in São Paulo and New York City. In fact, the U.S. is its fastest growing market and accounts for 30% of its customers. 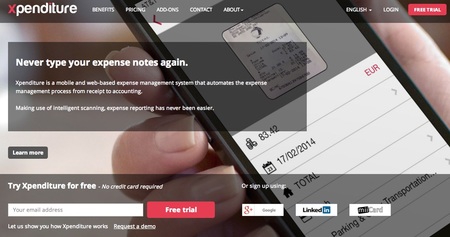 In late October, it launched a partnership with MasterCard and its expense management system will be available as a part of MasterCard’s Business Owner ToolBox in Canada.

Check out Xpenditure’s demo from FinovateEurope 2014.

Here is a list of all the funding Finovate alumni received over the course of 2012.

Here are some interesting metrics recently released by Fuze Network.

Fuze’s reCHARGE Network allows cardholders to add cash to more than 1 billion credit, debit, and prepaid cards at the point of sale.  Watch them in action from FinovateFall 2011 here.