If you’ve been following our series on wealth tech, you’ve seen our analysis of the industry as a whole, a review of the top trends, and an examination of B2C wealth tech players.

Our wealth tech coverage continues this week with a review of business-to-business (B2B) players in the wealth tech space. These are companies that cater directly to banks, advisors, or brokerages, instead of offering products or services directly to consumers. B2B wealth tech is a large category, so I’ve sub-divided it into four digestible groups and listed my top picks for each category. Since category sizes vary, the number of selections also varies. Technology for advisors and brokerages
These are tools available via API, SDK, or web interface to help advisors compete with robo advisors by allowing them to invest with less bias, increase client communication, scale operations, find new clients, and more.

Non-U.S. B2B investment and advisor technology
Similar to the above category, these companies offer tools for advisors outside of the U.S. News and Information Companies
These are online platforms, APIs, or SaaS offerings that provide advisors market information, show them trending news, or connect businesses with market data to power their own products. ForwardLane’s dashboard acts like a private research analyst for advisors advisors, helping them stay current on new trends and funds Wealth management is a people business. The biggest evidence of that is the amount of technology devoted not only to managing assets, but also managing people.

That’s one of the biggest takeaways from the new platform for wealth managers demonstrated by mydesq during its Finovate debut in February. By putting more information at the fingertips of wealth managers—no simple task—mydesq makes it easy for managers to know more about their clients, their investments, their financial behavior, their goals, and ultimately, what it will take to build the strongest, most valuable client/manager relationship possible.

mydesq makes available on tablet everything a professional wealth manager needs to work with a client. This gives wealth managers the ability to do their jobs on the go. But the real value of the technology lies in the speed and ease at which it delivers relevant information. What’s relevant can range from a client’s current investments to the weather forecast at the client’s location. Whatever it takes for a wealth manager to get up to speed quickly with a given client—for example, handling an unexpected phone call from an old client eager to do business—can be easily seen: Each account is divided into six key areas displayed graphically with donut charts. These areas, including assets, account performance, risk profile, even customer-engagement metrics like frequency of contacts from the manager, are located at the top of the account page and can be analyzed further individually. mydesq even displays how much the manager is earning from the client’s business.

And because it’s built on a tablet, navigation is a matter of simply tapping the screen. The platform helps wealth managers handle the basic tasks of handling wealth as well. The technology’s investment-suitability engine makes sure that proposed trades and investments are consistent with the client’s assets, investment risk profile versus product risk, and other factors. For compliance, the disclosure documents, educational materials and suitability letters are all available due to the platform’s proprietary rule engine. And location is no obstacle: “Any regulations in any combination,” Vora said. “We timed at a Swiss bank how long it took a wealth manager to do this trade and all these other things manually.  It took them 17 minutes. Here you can do it in 30 seconds.”

The technology also allows wealth managers to show their clients walk-forward, risk analysis models of how the portfolio will be affected by various stressors and potential market conditions.

Reflecting on mydesq’s Finovate debut, Francis Groves of MyPrivateBankingResearch was especially impressed by the platform’s ability to keep wealth managers compliant. “This not only enables advisors to keep up-to-date with regulations in multiple jurisdictions, but also seamlessly introduces all necessary compliance-related changes to the adviser’s work processes,” Groves wrote. The technology was also among the FinovateEurope 2015 favorites of DataMonitor Financial Senior Analyst Bartosz Golba. Adding new features, such as Liquidity Projections and KYC is among mydesq’s top priorities, as is keeping the brand visible via participation in events like the recently held Digital Banking Summit in Barcelona.

From the Finovate stage, mydesq CEO Vora explained  his company’s technology as more than just putting a wealth manager’s Bloomberg, CRM, portfolio analysis, MIS, and more all in one place and “fit it onto an iPad.” The goal is to make wealth managers more proactive, more compliant with regulations, and more efficient through automation and other technologies. For wealth managers who share this goal, mydesq may be a worthwhile first step.

mydesq is up next, with its solution to help wealth managers improve the client experience.

Imagine having your desktop in your hand; mydesq is a powerful workbench that allows wealth managers to work from anywhere, anytime.
Simple and intuitive, it is tailored to your every need.
We are demonstrating two use-cases: how wealth managers can gain 70% efficiency by using our investment suitability, and how the creation of an investment recommendation campaign can be done effortlessly. 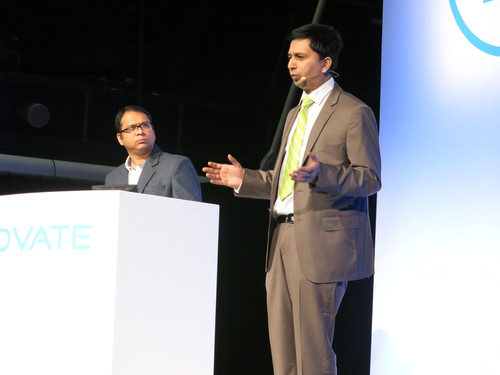 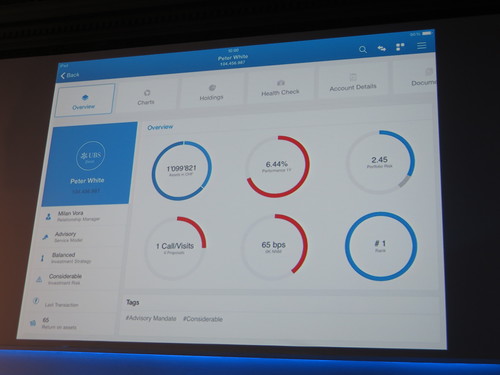 Want to be a part of the largest FinovateEurope crowd ever? Get your ticket soon before it’s sold out.

In this final post of our Sneak Peek series, we’re featuring Aire, Akamai Technologies, LifePay, MoneyHub, mydesq, Onlinepay.com, Sedicii, and Taulia. You can see all the posts here:

Aire is an alternate credit score for people. Our mission is to help thin-file customers who qualify for essential financial products via this new score.

Why it’s great
Aire can help turn a No to a Yes.

Aneesh Varma, Co-founder
Varma is a serial entrepreneur with a prior startup in enterprise retail tech, he started off in consumer finance at JPMorgan. He’s an engineer with a background in predictive algorithms quantitative finance.
LinkedIn

Jon Bundy, Co-founder
With 14 years across financial technology, Bundy has been building risk and data products with an additional expertise in fraud detection and AML as well. He was previously at RBS, Searchspace and Symbian.
LinkedIn

LifePay is an mPOS EMV chip-and-pin solution, allowing SMEs to accept payments by plastic cards via smartphones, and get LifePay Stand and overall sales analytics.

MoneyHub puts the user at the center of their financial universe and helps them visualize their future. MoneyHub’s Ecosystem will empower people to connect, share data and collaborate with their financial advisers and institutions like never before.

Why it’s great
Your customers are already using MoneyHub, why not see how you can use it with them?

Toby Hughes, CEO MoneyHub
Hughes, Founder and CEO of MoneyHub, is an entrepreneur with more than 10 years of digital marketing and technological innovation experience in financial services.
LinkedIn

Why it’s great
It revolutionizes and simplifies the way wealth managers work.

onlinepay.com is a mobile wallet for students. Share, buy and top up!

Why it’s great
onlinepay.com is a mobile wallet, designed for fun and sharing money, convenient mobile shopping and top up of gaming and trading accounts.

Vladimir Kovalevskiy, Director
Kovalevskiy has in-depth experience in the payment and e-commerce fields in Russia and abroad, including projects related to mobile payments.
LinkedIn

Sedicii eliminates the exposure (storage and transmission) of private data required to authenticate.

Why it’s great
It is innovative technology for more secure authentication and identity verification.

Richard Coady, Commercial Director
Coady has held senior positions with BT, WBT Systems, Prometric. He will work towards the implementation of the International Sales strategy for the Sedicii portfolio of authentication applications.
LinkedIn

That concludes our Sneak Peek series. You can catch all 70+ companies as they demo live at FinovateEurope on February 10 and 11. Pick up your ticket here.

Questions? Check out our FAQ.