Draw up a list of the top fintech innovators of 2014. Got it? Now tell me how many of your top 50 companies are not just impressive companies in their respective fields, but Finovate alums, as well.

If you are global accounting and consulting group, KPMG, then the answer is “more than half.”

Of the 50 companies recognized by KPMG in its 2014 review of top fintech innovators, 27 have demoed their technologies at Finovate conferences. And of that 27, 13 have won Best of Show at least once. 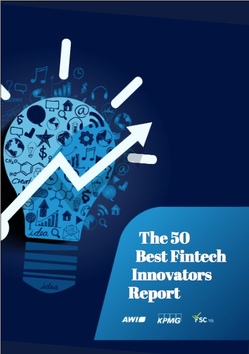 Nothing says “the future’s so bright you gotta wear shades” like earning $100 million in investment capital in less than a year.

Following up on a $35 million dollar round in April, the investment of $64 million just announced by Wealthfront this week puts its total capital at $130 million. With this investment, the company is now worth $700 million, making it one of the more richly valued innovators in the so-called “robo-advisor” space.