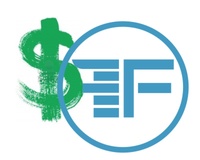 Want some context on the torrid pace of fintech financing in the first three months of 2014?

Consider this: a year ago, fourteen Finovate alums raised a total of more than $150 million in the first quarter of 2013.

A year later, we have just nine alums raising more than twice as much in the month of March alone.

Australia-based P2P lending company SocietyOne announced earlier this week that it received its first round of funding, which totaled $8.5 million.

This series A round comes from Reinventure, Global Founders Capital and private investor Justin Reizes.

The most notable of these investors is Reinventure, which is a new venture capital manager funded by Westpac Banking Corp. According to the Financial Review, Westpac is believed to be the first bank in the world to take an equity stake in a P2P lending organization.

Managers of Reinventure, which contributed $5 million to SocietyOne’s $8.5 million round, say they are keeping the new fund at arm’s length from Westpac Bank. Despite the distance, Westpac hopes the investment will help it to gain insight into SocietyOne’s proprietary algorithm that assess the creditworthiness of borrowers.

Founder and CEO Matt Symons says that the funding will allow the company to accelerate its growth rate because it will: 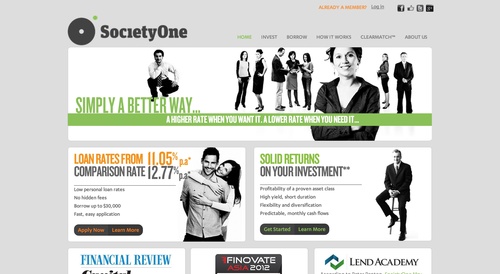 SocietyOne’s platform, which won Best of Show at FinovateAsia 2012, connects creditworthy borrowers with investors looking for better rates of return.

To see SocietyOne’s award-winning demo, check out the video here.