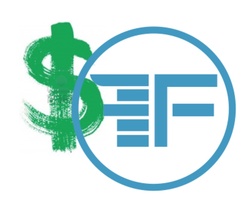 With participation from Core Innovation Capital, Venture 51, Camp One Ventures, IDG Capital Partners, as well as additional individual investors, Ripple Labs (formerly OpenCoin) announced that it has raised an additional $3.5 million in financing.

Boosting the company’s total funding to $9 million, the new capital will be put to use building tools for developers and consumers alike, geared toward enhancing the Ripple ecosystem. 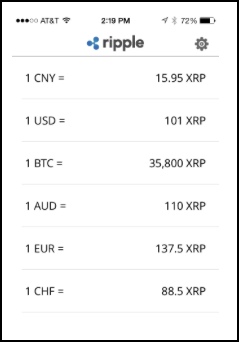 What is Ripple? One of the more compelling innovations of the still-nascent Bitcoin era, Ripple is a payment system that enables fast, secure, and virtually free transactions with no chargebacks to merchants.

Transactions can take place anywhere around the world, and in any size, allowing users to send money in one currency and receive it in currencies ranging from dollars to yen to Bitcoin.
Says Ripple Labs CEO Chris Larsen, “Similar to the way in which email and other technologies drove the creation of a new global information web where anyone can communicate instantly and for free, Ripple is changing the way the world transacts with the first global value web.”
Arjan Schütte, founder and managing partner of Core Innovation Capital, agrees: “Ripple removes friction from even the most basic of payment transactions, leveling the playing field for underserved individuals and emerging markets around the globe.”
In addition to the funding news – and the name change – Ripple Labs has announced its platform is now fully open-sourced, and has produced its first app, Ripple Price (see above left). Ripple price provides real-time pricing for users, making it that much easier to discover and track the current price of XRP. Read more about the new app at the Ripple blog.
Ripple Labs, as OpenCoin, made its Finovate debut at our spring show in San Francisco earlier this year. See their presentation here.
This post will be updated throughout the day as news and developments emerge. You can also follow all the alumni news headlines on the Finovate Twitter account.

For the second quarter of 2013, fifteen Finovate alumni raised more than $200 million. The quarterly total exceeded both that of the previous quarter as well as the same quarter last year.*

*While the funding over last year has increased, so has the number of Finovate alums. We’re tracking more than 100 additional companies this year compared to last year.

Note: Funding that companies received before they demonstrated at Finovate was not counted. Questions? Comments? Email us at julie@finovate.com or david@finovate.com.

Thanks to a new technology from OpenCoin, Ripple users just got access to more than 8,500 Bitcoin-accepting merchants, as well as the rest of the Bitcoin world.

OpenCoin, developers of the virtual currency protocol Ripple, announced today that Ripple users now will be able to pay directly to all Bitcoin addresses. Using a new feature called Bitcoin Bridge, users will be able to send payments in any currency and have the recipient get that payment in Bitcoins with no additional cost.

The move is significant because it demonstrates the distributed nature of OpenCoin’s virtual currency network. Said CEO Chris Larsen in a press release, “Now, anyone can send Bitcoins without having to use a central exchange.”