Earlier this month, I was briefed by the COO of Entrepreneurial Finance Lab (EFL), Dennis DiDonna, on how they are increasing small business lending in developing countries while lowering default rates. EFL demonstrated at FinovateAsia last month in Singapore. 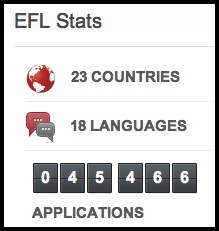 Origin
EFL began as a Harvard Kennedy School of Government research project by professor Asim Khwaja, and PHD student Bailey Klinger. Khwaja and Klinger were studying the “missing middle,” meaning the lack of small- to medium-sized enterprises in developing countries. The project was so successful that the two went on to co-found the company. 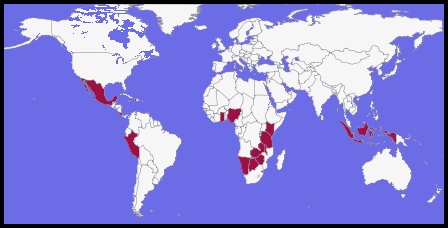 EFL from the borrower’s perspective
Prospective borrowers begin the loan application by answering about 200 assessment questions. Using their finger or a stylus on an Android tablet app or PC, 80% of participants finish within 40 minutes because the questions are written at at third-grade reading level.

The questions are different from what you would expect on a typical loan application and use techniques such as memory recall to keep users engaged (see samples below). It seems more like a game than a test.

Since the application doesn’t require cellular or mobile data, it can be completed offline. This flexibility is crucial when doing business in countries with limited Internet access. The app can be taken into the field (e.g., the borrower’s home or business) or it can be completed in the branch. 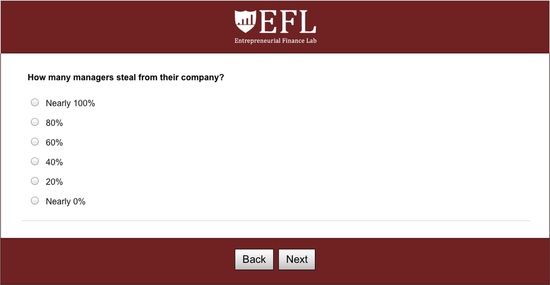 From the bank’s perspective

The FI has two options for the underwriting process:

1) They can send one of their loan officers to the customer’s place of business, where the assessment can be taken on a tablet

Completed loan applications are submitted to EFL, where the startup analyzes the answers, generates a risk score, and sends the score to the FI within 30 minutes.

In addition to the risk score, the EFL application can also capture:

Each of these extra inputs increases the likelihood that the loan will be repaid.

EFL maintains a database of applicant-info that FIs can use to analyze their borrower base. 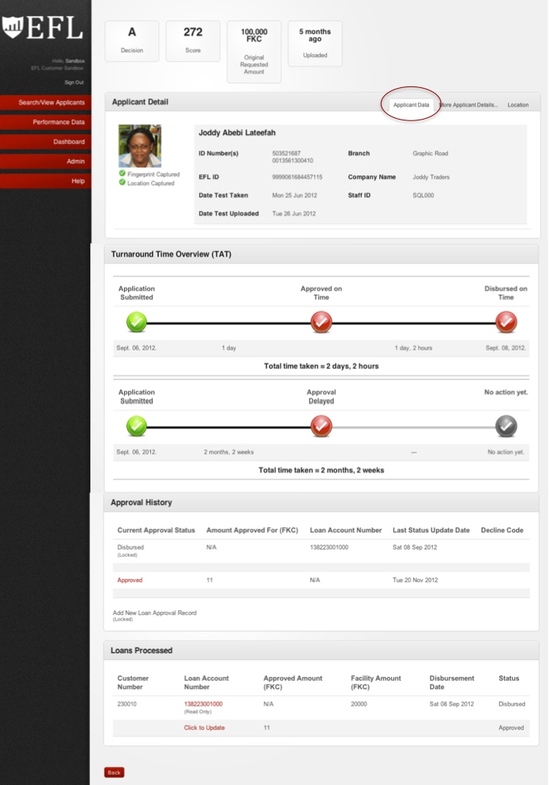 What’s next
This week, EFL will be launching in Zimbabwe and is heavily focused on more geographic expansion. Because countries are culturally different, each requires a tailored interaction with the borrower base. EFL is also researching the use of biometrics for additional security on the system.

To learn more about EFL, watch its FinovateAsia 2012 demo.