What would you do with $339 million? London-based mobile operator Truphone gets to answer that question today, as the company closes its $339 million (£255 million) private equity round. This brings Truphone’s total funding to more than $430 million.

The company will use the funds to retire its debt, help it “disrupt the trillion-dollar mobile industry and power the world’s connected devices,” and fuel its global expansion. Aside from its London headquarters, Truphone currently has offices in Australia, Germany, Hong Kong, the Netherlands, Poland, Portugal, Spain, and in three cities across the U.S. in New York, North Carolina, and Ohio.

Truphone CEO Ralph Steffens said that the funding will empower the company to “offer highly differentiated Enterprise products and are the enabler of choice for disruptive IoT and eSIM solutions.” Steffens adds, “It is an important step in achieving our long-term goal to power billions of connected devices around the world.”

Founded in 2006, Truphone leverages eSims (software-based SIMs) to enable mobile customers to use their voice and data allowances across 40 countries without incurring roaming charges. In addition to SIM-based data plans, Truphone also offers mobile plans for businesses and a mobile recording solution, which it showcased at FinovateEurope 2014. Truphone Mobile Recording enables businesses and banks to record, encrypt, and store mobile communications securely and without disrupting the user experience.

The company has 350 employees across 10 countries. In July, Truphone formed a strategic partnership with Apple to allow iPad users to stay connected across 50 countries. Earlier this fall, the company earned its spot on the Inc. 5000 Europe list, which ranks private companies based on three-year revenue growth.

Inc. released its lists of the fastest-growing 5,000 private companies in the U.S. and Europe this week. Eight Finovate alums made the U.S. list and four earned spots on the Europe list. To qualify*, companies were required to be privately-owned and independent.

Overall in the U.S., financial services companies saw a 151% growth rate, while IT services experienced 112% growth, security 171% growth, and software grew 134%. Out of the 5,000 companies listed in 28 industries, here are the eight Finovate alums that earned their place on the list:

Alkami debuted under the name iThryv at FinovateSpring 2009 in San Francisco.

nCino debuted its bank operating system at FinovateEurope 2017 in London.

Tango Card debuted its Rewards as a Service API at FinovateFall 2016 in New York.

At FinovateSpring 2015, Kabbage debuted the Kabbage Card. Kathryn Petralia, the company’s President, Chief Operating Officer and Co-Founder, will be featured on our Digital Lending Summit panel on September 13. Register today to save your spot.

This is Inc’s third annual ranking of private companies in Europe, based on three-year revenue growth. In its analysis, Inc. ranked Paris, Romania, Sweden, Slovakia, and London as the top five regions with the highest number of fastest growing companies in Europe. Four Finovate alums landed on Inc.’s Europe list this year:

*Other qualifying criteria include

Truphone, a mobile operator without borders, is working to make the world a bit more flat. The company announced today that it is leveraging the Apple SIM card to offer data plans for iPad users in the U.K.

The London-based company has previously launched iPad data plans for users in Hong Kong, the U.K., Spain, and Poland. By the end of 2017, Truphone hopes to introduce the same service for 30 countries, and anticipates that number will reach 50 by 2018. In addition to SIM-based data plans, Truphone also offers mobile plans for businesses and a mobile recording solution, which it showcased at FinovateEurope 2014. Truphone Mobile Recording enables businesses and banks to record, encrypt and store mobile communications securely, and without disrupting the user experience.

Truefone has 11 offices across the globe and employs 400 people. Ralph Steffens is CEO.

“The Dodd-Frank Act poses banking technologists with a technical and compliance problem. They must record all mobile phone communications relevant to a trade. Today, most banks do not record mobile devices, they fall outside of their technology stack. Communication is invisible; and that’s why the regulation now exists.
With Truphone Mobile Recording, businesses record, encrypt and store their mobile calls and text messages, simply and securely – without changing the user experience. Truphone Mobile Recording is available as a secure hosted solution, or can be integrated with existing recording equipment.” 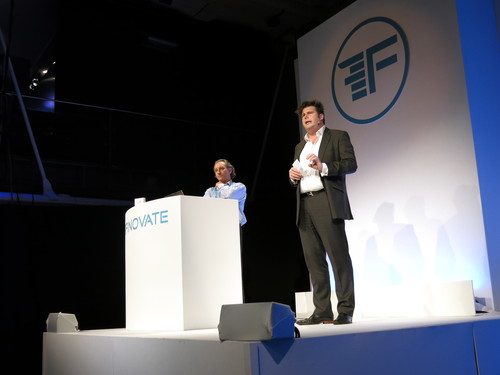 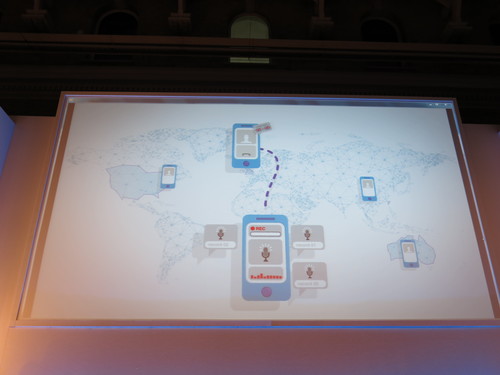 Product Launch: September 2013 (USA), UK Launch November 2011
Metrics: Raised over £200M, circa 700 employees in ten offices across four continents, counts 3 of the top 5 banks in the world as customers, plus many of the FTSE 100 and Fortune 1000.
Product distribution strategy: Direct to Business (B2B), through other fintech companies and platforms
HQ: London, UK
Founded: June 2006
Website: truphone.com
Twitter: @Truphone