We recently chatted with Austin-based Q2 (formerly Q2ebanking) to find out what its team has been up to since demoing at Finovate. We also wanted to get a closer look at the recent announcement of its partnership with PFM solutions provider, Geezeo.

Since FinovateSpring 2011
At FinovateSpring 2011, Q2 demoed its Risk & Fraud Analysis to help FIs defend against account takeover in ACH, wire, and external transfers. Since then, the Austin-based company has been quite busy. Here is a sample of what it has been up to:

1) Enhanced security: Q2 is the only online banking provider that has built its own security solution into its platform. 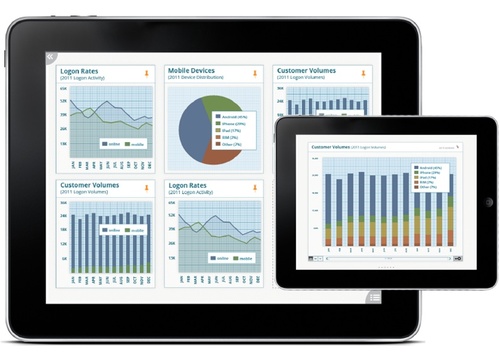 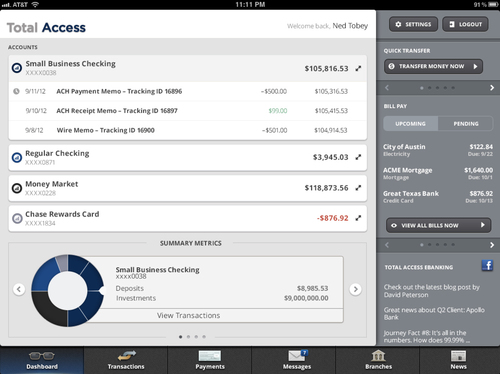 Geezeo partnership
Geezeo first took the Finovate stage in 2007 with a followup appearance at FinovateFall 2010, where it demoed its Enterprise Marketing Platform alongside SapientNitro.

Integrating Geezeo’s PFM with Q2’s e-banking platform will provide users easy access to their spending summary. Financial institutions will have the option to customize how they want Geezeo’s PFM to look inside their online banking experience. For example, it can appear on a sidebar on the homepage, or be located under a separate tab.

People’s Bank of Alabama is the first to adopt this new platform, and Q2 is in the process of on-boarding additional customers.

What’s next
Q2’s next innovation will focus on Big Data marketing. Retail banks will be able to use data gathered from client interactions to cross-sell and up-sell to customers.

Q2 demoed at FinovateSpring 2011. Check out the demo video here.

Northwest U.S. residents who bank with Umpqua Bank will soon benefit from an enhanced digital and mobile banking platform.

Electronic banking solutions provider Q2ebanking announced this morning it has added Umpqua Bank as a client.

The Portland-based bank will enhance its digital and mobile channels with Q2ebanking’s Q2platform, which has more than 400 financial institution users. The offering is built to deliver tailored customer interactions consistently through all devices.

Umpqua Bank has a modern approach to online banking. According to The Financial Brand’s piece written by Jeffry Pilcher:

“Umpqua’s brand is one of the most-admired in banking. It is chic, contemporary and stylish, with a sense of urban design. In fact, Umpqua Bank’s brand identity is about as close as you’ll find to something like Apple in the financial industry.”

This fits well with Q2ebanking’s style. 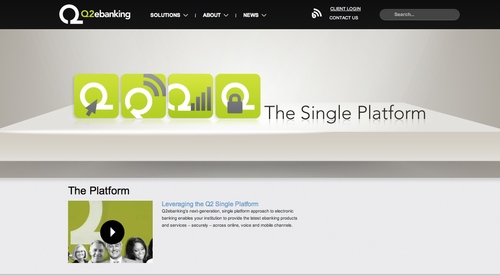 To learn more about Q2ebanking, watch its FinovateSpring 2011 demo.

This quarter, both January and Feburary funding exceeded $50 million. Most of February’s funding can be attributed to On Deck Capital’s $42 million round.

*While the funding over last year has increased, so has the number of Finovate alums. We’re tracking more than 100 additional companies this year compared to last year.

Note: Funding that companies received before they demonstrated at Finovate was not counted. Questions? Comments? Email us at julie@finovate.com or david@finovate.com.

New investor, Battery Ventures, led the round. Adams Street Partners, which has been involved in each round of Q2ebanking’s funding, also participated.

Q2ebanking states that it will use the new round to invest in continued platform innovation and to expand sales and marketing efforts.

To learn more about Q2ebanking, watch its FinovateSpring 2011 demo.