BillFloat announced that it has raised $21 million courtesy of Investor Growth Capital, which led the financing round along with previous investors Venrock, First Round Capital, and Baseline Ventures. New investor Bronze Investments also participated in the round.

The new funding comes as the company focuses on its More-Time-to-Pay (MTP) platform, which provides customers with real-time payment flexibility. Consumers can access MTP online, in stores, and through mobile thanks to the company’s partnership with more than 2,500 billers – from cable companies to utilities.

Founded in 2009, BillFloat has raised more than $36 million. On the agenda for 2013 according to CEO and co-founder Ryan Gilbert, are the following:

BillFloat offers loans up to $200 to its more than 700,000 registered users. See BillFloat in action at its most recent Finovate demo here.

What’s new in finance apps for iOS? Now businesses can use their iPhones to manage their eDeposit accounts.

The new mobile app from eDeposit allows merchants (and their customers) to send and accept payments, as well as conduct other banking business such as checking balances and monitoring account activity. 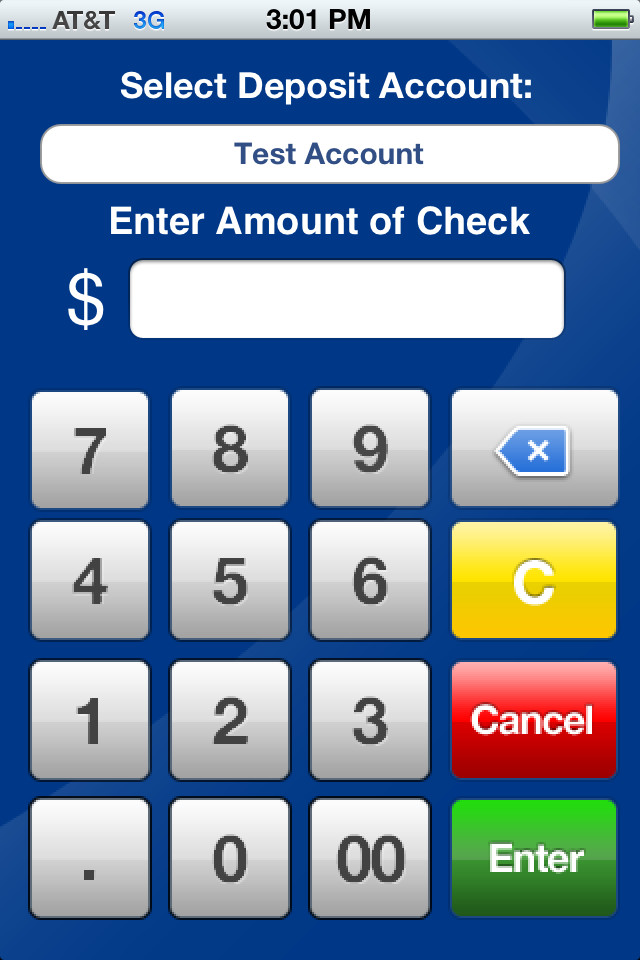 Version 1.2.1 is available for free on iTunes.

Watch eDeposit in action at their most recent Finovate demo here.

The deal will allow bank customers to participate in a discount program that is not tied to a specific retailer. By designating categories such as “My car” and “My supermarket”, customers in the program will have significant flexibility in the way that discounts are applied. Full integration between the loyalty program and the bank’s Internet service means that customers will be able to access the program remotely.

The bank will be relying on Compass Plus’s TranzWare CMS, which handles payment card issuance and circulation, as well as merchant and corporate account management.

Zapsibcombank is one of the TOP-100 largest Russian banks since 2009, with more than 500,000 cards in circulation and an ATM network of more than 400. The bank has more than 60 branches, and specializes in both consumer and SME lending.

U.S. Bank has announced that they would be using technology from both DeviceFidelity and Datacard Group in its new smart card and mobile payment program.

Cardholders participating in the program can further opt-in for a case that will NFC-enable their iPhone 4 or 4S. The case uses a microNFC card and is built by DeviceFidelity.

U.S. Bank is the 5th largest commercial bank in the United States based on assets. With more than 3,000 bank offices and more than 5,000 ATMs, the bank is the fourth largest in the U.S. in total branches.

Courtesy of Toshl Finance, maker of personal financial management and expense tracking resources, here’s an innovative way to look at we made money (and spent money) in 2012.

Calling the latest version a collaborative effort between the company and customers, ACI Worldwide this week announced the release of Money Transfer System 5.0.

MTS 5.0 features include repair reporting, network validation tools, and the addition of global clearing channel such as KASSIP and SAIRE. KASSIP is the Kuwait Automated Settlement System for Inter-Participant Payments. SAIRE is the Saudi Arabian Riyal Interbank Express.

Additionally, the issues that financial institutions face with regard to sanctions checking have been addressed in MTS 5.0. The Enhanced Sanctions Filter provides SDN (Specially Designated Nationals) list storage and enrichment, real-time scanning, exception processing, and other services.

Are you a FFI (foreign financial institution) worried about the new FATCA regulations that went into effect on the first day of January 2013?

If so, Thomson Reuters has an app for that.

The company has unveiled a FATCA compliance kit to help financial institutions comply with the US Foreign Account Tax Compliance Act, or FATCA. This legislation mandates that FFIs identify individual US tax liability among their customers, and report it to the Internal Revenue Service.

According to the European Banking Federation, FATCA will cost those FFIs with more than 25 million accounts $250 million or more to implement. The Thomson Reuters for FATCA Solution allows banks to take advantage of established regulatory and tax problem-solving technologies to ensure compliance, proper reporting, and documentation.

See Thomson Reuters in their most recent Finovate demo here.

CONNEX helps financial institutions facilitate terminal driving, transaction acquiring, switching and authorization. The migration of Suncorp’s ATM transactions is planned for the first half of 2013.

A few interesting facts about Suncorp:

FIS has relationships with more than 14,000 institutions in more than 100 countries. See FIS’s most recent Finovate demos here and here.