As we begin helping FinovateEurope 2014 presenters polish their demos for the show on February 11 and 12, we thought we’d take some time to catch up with last year’s best of show winners to see what they’ve been up to over the past 12 months.
Here are last year’s winners, in alphabetical order:

Crédit Agricole
Who they are: A retail bank leader in France and Europe, with 11,600 branches worldwide, 160,000 employees and 54M customers.
What they demoed: The Credit Agricole Store, a European app store where financial apps are co-created between clients and developers thanks to the opening bank APIs.
Demo video
What they’ve been up to:

ETRONIKA
Who they are: an IT company that develops complex and innovative solutions for the banking and finance industries.
What they demoed: The BANKTRON e-channels management platform that provides front-end users elegant, safe, and secure financial products and services.
Demo video
What they’ve been up to:

mBank with Efigence
Who they are: mBank is a financial sector innovator that offers a full range of retail and SME financial products. Efigence specializes in online banking platforms, currency trading tools, PFM tools and social and financial data aggregation tools.
What they demoed: Their online banking transactional site and implementation of Facebook and real-time consumer gratification.
Demo video
What they’ve been up to:

Meniga
Who they are: They offer white-label PFM and next generation online banking solutions to retail banks.
What they demoed: Their To buy or Not to buy, a white-label module for mobile banking applications. It uses PFM functionality to empower and influence consumers at the point of sale or when considering buying something.
Demo video
What they’ve been up to:

Moven
Who they are: A neobank focused on the mobile experience and aimed at both banked and underbanked consumers.
What they demoed: Their mobile banking experience along with how CredScore and their Spend, Save, Live tools will help consumers ma
nage and improve their financial health
Demo video
What they’ve been up to:

Oink (formerly VirtualPiggy)
Who they are: A solution that provides a platform for kids under the age of 18 to make transactions online with parental controls.
What they demoed: An e-commerce solution that enables kids to manage and spend money within a parent-controlled environment
Demo video
What they’ve been up to:

Pockets United
Who they are: The creator of a social payments app that helps users track and split joint expenses on-the-go.
What they demoed: Their app that helps groups manage shared finances by giving them an easy option to repay one another
Demo video
What they’ve been up to:

To be a part of the action at this year’s FinovateEurope, get your ticket here to watch a full two days of demos and vote for who you think should win Best of Show.

Our third FinovateEurope wrapped up a few hours ago. At the end of each of the two jam-packed days, the London audience voted for their favorite three demos. The top eight overall were named Best of Show (see notes).

The winners (in alphabetic order):

We’ll have videos of all 64 demos posted at Finovate.com within a few weeks.

Congratulations to the presenters for our first Finovate with zero demo fails (sure their where a few glitches here and there). And thanks to everyone who attended, tweeted, networked, blogged, and set up an enormous number of post-show meetings. You are pushing fintech forward, and consumers everywhere will benefit.

Notes on methodology:
1. Only audience members NOT associated with demoing companies were eligible to vote. Finovate employees did not vote.
2. Attendees were encouraged to note their favorites during each day. At the end of the last demo, they chose their three favorites.
3. The exact written instructions given to attendees: “Please rate (the companies) on the basis of demo quality and potential impact of the innovation demoed.”
4. The eight companies appearing on the highest percentage of submitted ballots were named Best of Show.
5. Go here for a list of previous Best of Show winners.

This post is a part of our live coverage of FinovateEurope 2013.

Following rplan to the stage is Pockets United:

“Social is the next big thing in mobile payments, yet you cannot downgrade it to a simple, on-top feature for existing PSPs nor banks. A category killer in this field must be social by design.

This means cutting-edge user experience and fund to use in day-to-day scenarios.  This space is hot.  Carriers see their business threatened by all-encompassing data flats, while traditional banks and credit card companies see payment shifting to mobile devices, whose users are owned by carriers.

Pockets United sits right in the center of this clashing zone, offering a helping hand to both sides.” 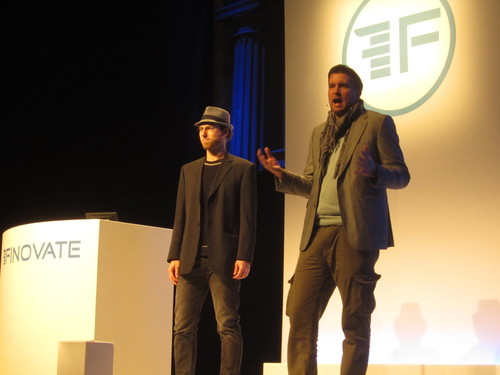 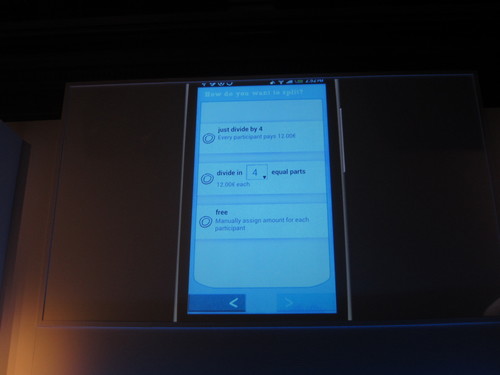 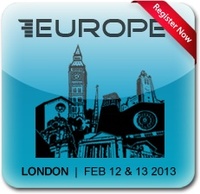 Here’s part 2 of the sneak peek of the companies that will demo at FinovateEurope on February 12 and 13 in London.

Each company provided a short summary of the innovation they will debut on stage. We published 27 last week and we will complete the preview next week.

With Backbase you can now start small. Just embed in your existing site and expand from there, creating a full cross-device user experience platform.

FIND helps you explore new ideas and keep pulse on current business events/issues.  Whether you are a short term trader, investor, or fund manager – whether you prefer equities, futures and options, forex or commodities – you will find a wealth of information that matters to you streaming at your fingertips.

Holvi is the long tail of retail banking. It changes the whole concept of the bank account from a passive utility to an active enabler of any activity. Out-of-the-box Holvi comes with built-in payment acceptance, tools for financial understanding and the ability to share it with a group. We bring in building blocks from our banking and payments partners that our customers can add to their Holvi accounts.
Holvi is used by small businesses, non-profit organisations, projects and individuals. Holvi is regulated by the FIN-FSA and is located in Finland. Holvi is launching Europe-wide in 2013.

Point solutions for payments? Why limit yourself? Proven at scale in Africa, Tereon is a complete payments ecosystem and toolkit designed to support rapid innovation.

With Tereon, you can implement any number of innovative products and payment services, be they point solutions or new networks. You can support any business logic, and you can use existing core systems and settlement processes to provide secure, inter-operable, account-to-account, payments that meet stringent regulatory standards.

We will demonstrate a four-party deployment that supports payments from phone to phone, phone to card terminal, card to terminal and on-line in multiple currencies.

Metaforic has a product that protects mobile applications from unauthorized changes and subversion of the existing code. In effect, by using our solution, the financial institution has control over what the application does if it is compromised. It can quit, display a message, send a silent security alert to bank servers or any other behavior the developer cares to define.

For financial institutions that have a lot of mobile developments underway, Metaforic technology can be integrated with existing developments at the end of the software development lifecycle. This technology is an automatic process not requiring significant developer time or security expertise.

BAM! ‘Social’ is the next big thing in mobile payments, yet it is not easy to implement for existing PSPs or banks. A category killer in this field must be social by design.

Think of us as Paypal, just with a lot more pal – and get excited about a cutting-edge user experience that is fun to use day after day! Because, after all, dividing expenses should lower the burden for all, not cause additional effort for some.

Investing can be time-consuming. rplan has created a simple, easy-to-use tool to create your own personal investment portfolio from over 2,400 available investments to find the ones best suited to you.
rplan is for customers who want choice, but who don’t want to become finance specialists just to manage their investments – because there are better things to do in life than researching mutual funds.

SumUp’s vision is to change commerce on a global scale starting with a real and existing payments problem.

Using only a portable card reader and an app for iOS and Android, merchants can accept card payments on their mobile device, with a transparent fee of only 2.75% per transaction.

SumUp will demo a new cashless point-of-sale solution that will radically simplify the way people pay in every day life.