The Series A takes the company’s total equity to nearly $14 million. Howard commended the firm for its “impressive technology” which he said will add to the company’s future innovations to make a “lasting impact on the retail investment space.”

The funding news is only one headline nextmarkets has made this week. The company also launched its real-money offer, which enables customers to open real money accounts and participate in equity markets on the nextmarkets platform. The company plans to add crypto market options soon. Nextmarkets also announced that its subsidiary, nextmarkets Trading Limited, has obtained a Category 3 Investment Service License in Malta.

“With obtaining the license and going live we have taken a major milestone in our success story,” nextmarkets co-founder and CEO Manuel Heyden said. “From now on we will focus on dynamic growth in Europe and soon globally with our highly scalable, transactional business model.”

Founded in 2014 and headquartered in Cologne, Germany, nextmarkets demonstrated its technology at FinovateEurope 2015. A specialist in the field of curated investing, nextmarkets enables individual investors and traders to benefit from the expertise of 14 investment professionals who provide real-time trading insights via the web or smartphone on more than 1,000 markets, including equities, indices, foreign exchange, and commodities.

And with both ETF and crypto currency markets to be added soon, nextmarkets will make it even easier for traders and investors to remain vigilant for market opportunities – especially in sectors with which they are less familiar. “As an active investor, I always wonder who has the time to analyze the wide range of stocks and cryptos,” nextmarkets co-founder and CTO Dominic Heyden said. “Now I have my own investment professionals in my pocket and will be backed by them on the markets. If one of my coaches makes a profit in his bitcoin analysis, I do it on my account.”

The Heyden brothers have a history in social investing, having co-founded ayondo in 2008. Ayondo participated in FinovateEurope 2013, where the brothers – along with CMO Alexander Surminski – demonstrated the third edition of its social trading platform.

You may or may not agree with his politics, but his taste in investments is hard to beat.

At least that’s our take on Peter Thiel’s latest $3.5 million investment in Cologne, Germany’s nextmarkets GmbH. The stake reportedly is part of a larger “seven-figure sum” the company is raising in its current investment round, which features participation from FinLab and EXTOREL.

Already looking forward to seeing nextmarkets put the capital to use growing the business, Stefan Schutze, CEO of FinLab, praised both the company’s platform and its ability to get “such strong and well-known partners” to invest in nextmarkets’ vision of democratizing the financial markets. Dominic Heyden, co-founder and CTO of FinLab, said, “After nearly two years in development, we can now offer the world’s most innovative platform that intelligently combines e-learning with trading.”

Manuel and Dominic Heyden, who in 2008 co-founded another Finovate alum, the social trading app ayondo, (and sold it for a significant profit in 2014), have leveraged their experience combining trading and technology to create nextmarkets. The platform gives average traders and investors everyday, real-time access to the strategies used by professionals. The trading coaches on the platform also provide risk-management advice for investors who follow their trades and investments. nextmarkets calls its approach “curated investing and it applies to equity trading, FX trading, as well as other markets.

Speaking of the investment, Heyden was effusive in his praise of both his company’s new investors as well as the funding’s potential to drive nextmarkets’ growth. “We see it as a clear endorsement of both our concept and business model as well as our long-term vision,” Manuel Heyden said. “(We are) very proud that we were able to win over experienced investors.”

Founded in 2014 and headquartered in Cologne, Germany, nextmarkets demonstrated its web and iOS app at FinovateEurope 2015.

nextmarkets is our next presenting company, with a web and mobile app to help investors earn more and learn more about the markets.

The way people trade on financial markets will change radically through the internet. so nextmarkets developed a smart and innovative web and mobile application that allows users to invest more effectively, save smarter, and learn how capital markets work.

The idea is simple but powerful. We wanted to develop web and mobile software that help users survive everyday ups and downs of financial markets and accomplish their objectives. 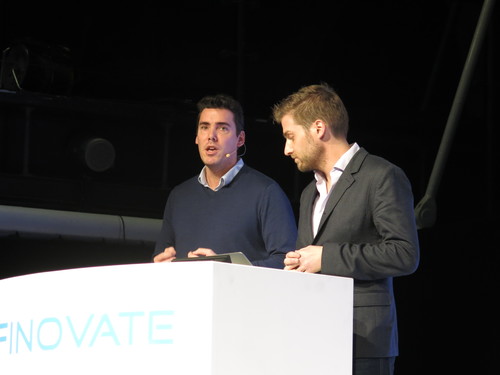 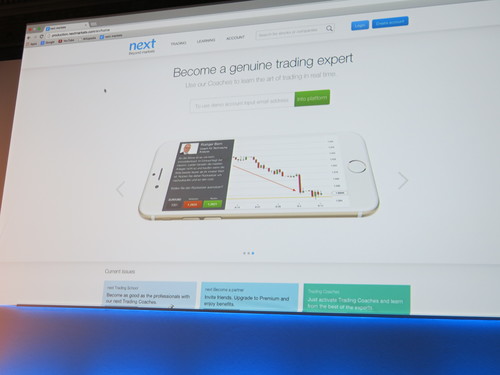