News this week that Russia’s Yandex had agreed to acquire the country’s biggest online bank Tinkoff was a reminder of how vibrant fintech is not just in Europe, or even just in Central and Eastern Europe, but in Russia, as well.

As our Senior Research Analyst Julie Muhn noted in her coverage of the news, “This is a pretty big deal, not necessarily because of the size of the transaction, but because of the players involved. Yandex is essentially the Google of Russia– it is a tech giant in the region. And Tinkoff Bank is the world’s largest digital bank in terms of customers, boasting more than 10 million clients.”

With this in mind, we want to send out a shout-out to the many fintech companies based in Russia that have demonstrated their technologies live on the Finovate stage over the years. Here’s a look at our Russia-based alums going back to our first European conference in 2012.

Tinkoff – FinovateFall 2018. Founded in 2006. Headquartered in Moscow. Offers a digital ecosystem of financial and lifestyle products and services.

JuicyScore – FinovateMiddleEast 2018. Founded in 2016. Headquartered in Moscow. Offers a digital risk-management-as-a-service solution for the financial industry.

Sberbank – FinovateSpring 2016. Founded in 1841. Headquartered in Moscow. Offers banking and financial services as the core bank of an international financial group. One of the largest banks in Russia and Europe.

C24 – FinovateEurope 2015. Founded in 2013. Headquartered in Moscow. Offers a multi-channel platform that enables users to connect and aggregate their accounts with different banks. Became Paysend.

LifePay – FinovateEurope 2015. Founded in 2012. Headquartered in Moscow. Offers payment services as one of the largest mPOS EMV chip and pin companies in Russia.

My Wishboard – FinovateEurope 2014. Founded in 2013. Headquartered in Moscow. Offers a social crowdfunding platform to help users fund their goals along with the help of friends, family, and subscribers.

SoftWear Finance – FinovateEurope 2014. Founded in 2012. Headquartered in St. Petersburg. Offers a platform that enables banks to provide their customers with the best possible user experience regardless of platform or device.

Yandex.Money – FinovateSpring 2013. Founded in 2002. Headquartered in Moscow and St. Petersburg. Offers a fast, reliable way for online businesses to collect payments for Russians and customers in Russian-speaking countries. The solution, since sold to Sberbank, originally was launched by Yandex, the leading IT company and search engine in Europe.

Next, MyWishBoard stepped up to demo its P2P platform that helps friends and family finance each others’ wishes:

“MyWishBoard.com is the first p2p platform where users can finance their wishes with the help of friends and subscribers. Once the necessary amount is raised, the money is transferred to the gift recipient’s digital account and could be further spent directly in e-stores or withdrawn on a credit card.” 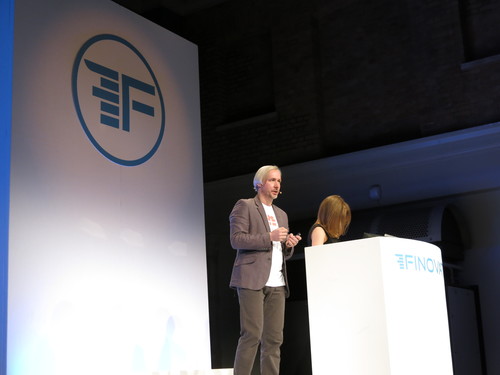 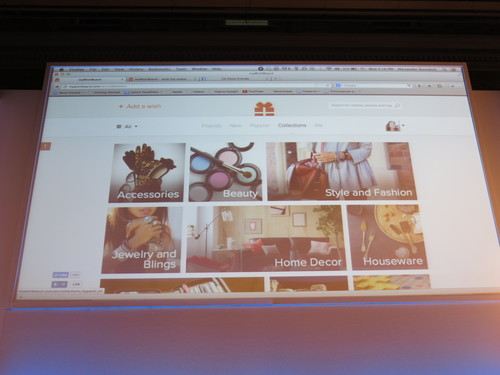 A week ago we introduced you to half of the companies that will be demoing their technologies on stage for FinovateEurope 2014.

Today we’re providing the second half of our scheduled roster for February.

For more information, and to get your tickets, visit our Finovate Europe 2014 page here.

Matchi is an innovative matchmaking platform for banks and innovators to establish collaborative relationships that deliver increased ROI for innovators and banks alike.

The Moneyer is the future of online Personal Finance Management.

Money on Toast delivers independent and whole of the market, FCA-regulated financial advice online via its algorithm-powered adviser.

Nostrum Group has built a virtual collection product that automates and optimizes the delinquency management process.

Nous.net’s Spark Feed is a real-time financial data service that helps you understand and predict the markets.

payworks is the provider of a mobile POS, Software-as-a-Service platform that lets developers quickly build payment functionality into their shopper and merchant apps.

Pixeliris’s CopSonic is the first universal contactless mobile payment system powered by our unique technology based on sonic communication.

SoftWear Finance’s HACU PLATFORM enables banks to provide customers with the best possible user experience on any platform or device.

SQLI’s Augmented Banking is a new take at Online Banking. It is aimed at positioning a bank at the very center of people’s digital lives.

Temenos’s Treasury Management Dashboard tablet app has been developed for Microsoft Windows 8 and enables the transformation of treasury operations.

Tink is a free personal finance service that allows you to follow your money, where ever you are.

Top Image Systems has leveraged its deep recognition and imaging expertise to develop a powerful suite of image processing applications for mobile devices.

Toshl Finance is a personal finance manager made fun. Find out where your money is going, keep on top of bills and spending, and set up budgets.

Truphone, the innovative mobile operator, introduces the only global network-based recording solution for the Financial Industry.

Trustev provides a new approach to fraud prevention through a real-time, online identity verification platform, which ensures that merchants know exactly who they are selling to.