Student loan management tool Tuition.io announced recently that it landed $1 million in seed funding from a large group of investors.

Some of the investors include:

This is the Santa Monica-based company’s first round of funding. 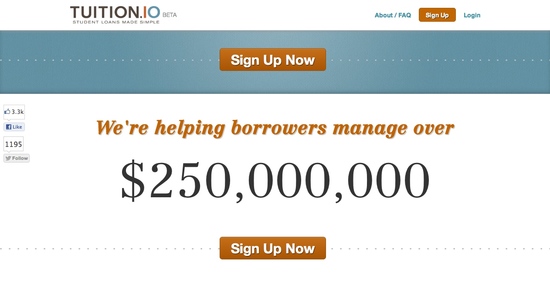 Tuition.io launched 6 months ago, and disclosed the following stats:

To learn more about Tuition.io, watch its FinovateFall 2012 demo.