Cross border payments company, Payoneer, whose aim it is to simplify global commerce, announced yesterday that it received a $25 million boost. 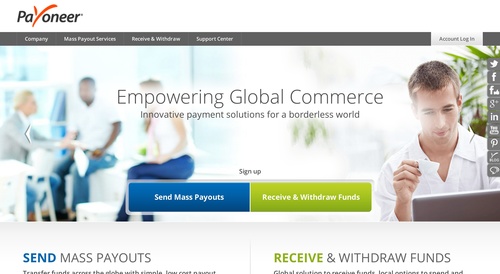 The New York-based company plans to use the funds to: