Taavet Hinrikus, co-founder of TransferWise and part of the original team that developed Skype, has a message for European start-ups:

Whether it’s paying for goods and services rendered abroad, traveling to attend a conference overseas, or securing capital from international investors, start-ups can burn through a lot of money just dealing with transferring from one currency to another.

Through his new initiative, Hinrikus looks to both raise awareness of the potential cost-savings of services like his TransferWise, as well as make international cash transfers more than a little easier for the first 1,000 start-ups who sign on to his campaign.

Specifically, Hinrikus will give 1,000 EU start-ups vouchers to cover up to $100,000 in international money transfer fees.  What’s this worth? For one example, a start-up company that sent €50,000 to a recipient seeking pounds could save almost €250. This is in addition to the savings TransferWise provides users of its service by way of its more competitive, P2P-based exchange rate. 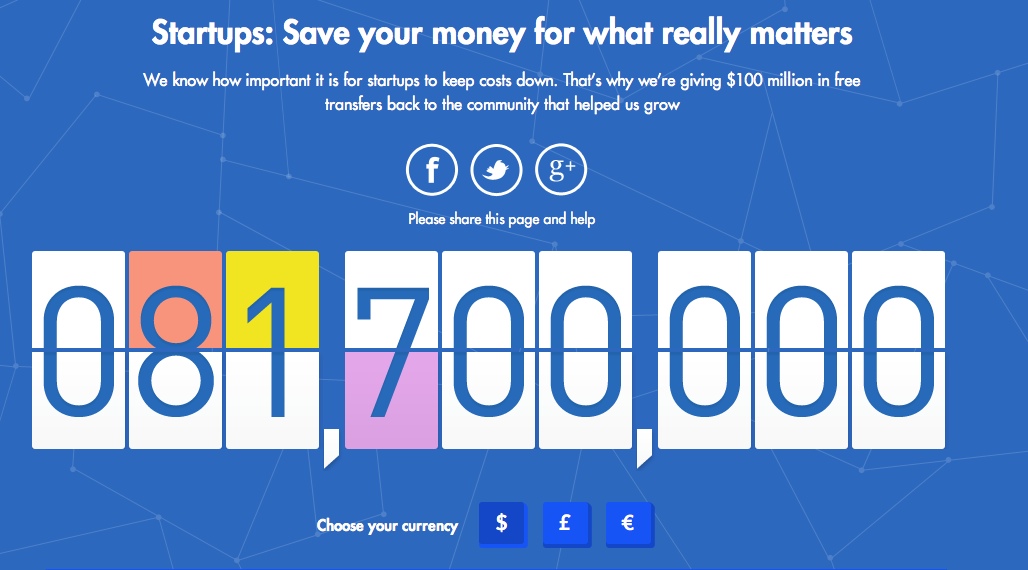 The savings, Hinrikus hopes, will allow these small companies to focus on growing their businesses, and less on how much money is being wasted on money transfer fees.

Hinrikus’s move has attracted the support of technology notables like Peter Thiel, co-founder of PayPal, and Niklas Zennstrom, co-founder of Skype. Sir Richard Branson has also weighed in with his support, referring to the campaign as a “way of making start-ups truly international.”

Start-ups interested in participating in the program have until May 10, 2013 to get in touch with TransferWise. More information is available here.

TransferWise supports currency transfers in a number of European currencies such as the Euro, the British Pound, the Polish Zloty, and the Danish, Swedish and Norweigian Krone. Each of these currencies may also be converted into U.S. dollars.

TransferWise was one of the companies that presented their currency transfer technology during FinovateEurope in February 2013. See TransferWise’s demo here.

Bringing real-time price guidance to sales agents wherever they may be is the goal of Nomis’s latest pricing and profitability management solution: Nomis Discretion Manager.

Using a tablet or laptop, sales reps can use Nomis’s latest technology to see immediately how much a given change in a pricing negotiation may affect overall profitability. This means more accurate pricing, a sounder negotiating hand for reps in the field, as well as savings in time and money from reduced sales administration costs.

The Discretion Manager will enable firms to better customize their offerings with merchants, tailor-fitting terms for individual clients and customers. Over time, this can contribute to new sales tactics optimized and differentiated by merchant type.

Nomis Solutions has optimized more than $400 billion in customer accounts, and generated more than $400 million in incremental profits. Founded in 2002 and headquartered in San Bruno, California, the company has been led since 2009 by CEO Frank Rohde.

Nomis Solutions demoed its pricing and profitability management platform in May 2012 as part of our FinovateSpring event in San Francisco. See their platform in action here.

The Bitcoin Bandwagon just got bigger. OpenCoin announced they closed an angel funding round from:

The amount of the investment was not disclosed. But the funding will be geared toward helping the company expand the OpenCoin’s open source, decentralized payment system and virtual currency, Ripple protocol, currently in beta.

What is the upside of virtual currencies like Ripple? Easier online and mobile transactions and thwarting the fee-collecting capacity of contemporary payment networks are among the main promises. OpenCoin is led by CEO Chris Larsen, who was co-founder of E-LOAN and Prosper, and CTO Jed McCaleb. McCaleb created the largest Bitcoin exchange, Mt. Gox, in 2010.
OpenCoin was in the news recently for its acquisition of SimpleHoney. We covered the announcement here.
See OpenCoin demo its Ripple technology at FinovateSpring in San Francisco in May. To find out more about the event, visit our information page here.

eDeposit provides merchants and their customers with a prepaid account system. The company’s payment authorization and settlement network processes invoices and remittances in real-time, providing cost and time saving for businesses.

The app is available for both Android and iOS platforms.

eDeposit was founded in 1999. Headquartered in Wilmington, Delaware, the company is led by CEP Robert Craig and demoed at FinovateSpring 2012. See their presentation here.

The pursuit of the underbanked continues with the announcement of a new, prepaid card from Green Dot and UniRush.

The card, the RushCard Live Reloadable Visa Card, is expected to be launch later this month, when it will be made available through Green Dot’s retail partners across the U.S. Some of the features of the new card include:

RushCard Live customers will also have access to a mobile app that provides for real-time viewing of account balances and transaction history. Customers can choose either a “per use” plan or a monthly plan at the time of registration. This gives cardholders the option to either forgo a monthly charge (with the former plan) or avoid a transaction fee (with the latter plan).

UniRush was founded in 2003, and was among the first companies to develop a prepaid Visa debit card. Headquartered in New York and Cincinnati, the company is focused on serving the more than 48 million consumers who do not have access to traditional banking services.

In business since 1999, Green Dot Corporation is a bank holding company based in Pasadena, California. It’s line of branded, prepaid debit cards and services are available at more than 60,000 retail locations across the U.S., such as Walmart, Fred Meyer, and Rite Aid. Green Dot’s prepaid cards are also available online.

Green Dot is also among the companies scheduled to demo at FinovateSpring this May in San Francisco. To learn more about FinovateSpring, and to save your spot, visit our information page here.

Cloud accounting software makers Kashoo released a new edition of their iPad app. The new version includes a handful of features that add printing, invoicing, and other capabilities to the software.

Below is a rundown of the new features on the Kashoo iPad app, which can be used with both the iPad and the iPad Mini. 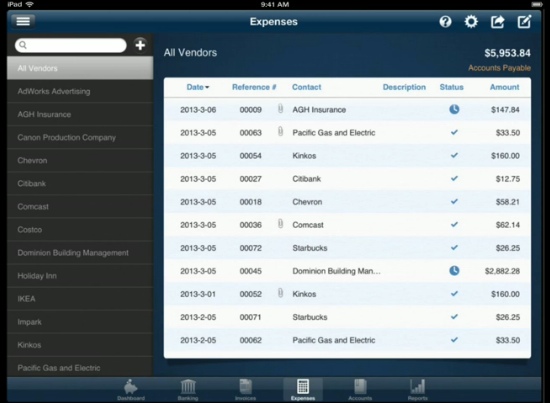 Founded in 2008, Kashoo is headquartered in Vancouver, British Columbia and has a team of 13 led by CEO Jim Secord. The company’s cloud accounting software is used by more than 60,000 businesses and entrepreneurs in more than 180 countries.

Kashoo demoed its accounting solution as part of the FinovateFall show in October 2010.  See their presentation here. 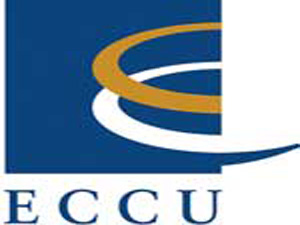 IntelliResponse announced today that the company had added its 155th customer, Evangelical Christian Credit Union (ECCU). The credit union also has the distinction of being the first to deploy IntelliResponse’s enterprise-level, virtual agent solution.

The credit union plans to use IntelliResponse’s Virtual Agent platform in its call center environment, as well as on ECCU’s website and social media channels. Reducing time spent training new agents and lowering overall call center costs are among the major goals of the deployment.

Founded in 1964 and headquartered in Brea, California, Evangelical Christian CU provides both personal and ministry banking. A few key metrics as of December 2012 include:

IntelliResponse’s technology allows customers to use their own natural, conversational language to ask questions of virtual agents. The technology has more than 365 live implementations responding to more than 100 million inquiries each year.

See IntelliResponse in action at FinovateSpring this May in San Francisco. For more information, including details on how to save your spot, click here.

Terms have not been disclosed. But the four-person SimpleHoney team will be joining OpenCoin’s 12-person crew in an effort to make OpenCoin’s virtual currency system simpler and more accessible for the average consumer.

OpenCoin is the company behind Ripple, an open source payment system developed by self-described “Bitcoin Enthusiasts”. SimpleHoney was launched in the spring of 2012 as a source for hotel recommendations based on the traveler’s personality and preferences. Since then, SimpleHoney has become better known for its “I Want Wish List” wish list app.

SimpleHoney’s ability to develop user-friendly technologies is one of the reasons for the acquisition, according to SimpleHoney co-founder Joyce Kim. Indeed, the SimpleHoney team will serve as OpenCoin’s “consumer engagement” group, focusing on usability issues.

OpenCoin will be presenting in San Francisco in May as part of FinovateSpring 2013. To learn more about the event, and to find out how to reserve your spot, click here. 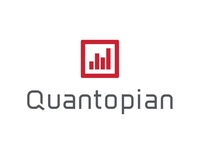 Quantopian has announced a new feature called Fetcher, which allows traders and algorithm builders to import their own data series into the platform.

With Fetcher, algo builders will be able to expand their focus beyond the world of stocks to include almost any imaginable time-series information. Curious about the impact of unemployment among young professionals on the hospitality industry? How about the correlation between the price of gold bullion and the share values of gold mining companies? Quantopian’s Fetcher may be for you. 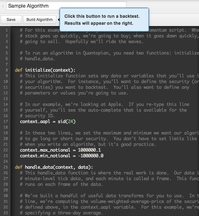 Quantopian offers programming-savvy traders (and trading-savvy programmers) a browser-based algorithmic trading platform. Along with a sophisticated backtester, the platform makes it possible for users to build the kind of quantitative trading algorithms often only available to hedge fund money managers and institutional investors.

The company raised more than $2 million in seed capital in January from Stark Capital and GETCO. According to Quantopian, the company’s users have completed more than 87,000 years worth of backtests.

Quantopian is one of the companies that will be presenting at FinovateSpring this May in San Francisco. To learn more about our upcoming Spring event, and how to save your spot to see companies like Quantopian in action, click here.

With rumors of a recovery in the housing market titillating would-be real-estate investors, could there have been a better time for the launch of Realty Mogul’s real estate crowd funding platform?

Realty Mogul helps accredited investors diversify through real estate. Investors who join Realty Mogul can review and choose from a number of different potential investments, from fix-and-flip residential properties to buy-and-hold commercial developments. The platform allows investors to buy shares in these pre-screened investments, with a minimum investment of $5,000. Investors can take care of all the legal paperwork while on the Realty Mogul website, as well.

Accredited investors, by the way, are individuals with more than $200,000 in annual income, or a net worth in excess of $1 million. Ultimately, Realty Mogul hopes to expand availability to non-accredited investors. TechCrunch’s reporting suggests a potential “mass affluent” category for those with incomes above $100,000.

Realty Mogul picked up $500,000 in financing from angel investors and successfully completed the Microsoft/TechStars Accelerator program. The company will be demoing their platform at FinovateSpring this May in San Francisco. Learn more about the event, and how to save your spot, at this link.