In April, we reported on the robust adoption of Bank of America's online personal finance manager, My Portfolio (see note 1), used by 10% of the bank's 25 million online bankers. The results are especially impressive given that it's a full-featured module accessible via online banking, but not particularly well integrated. 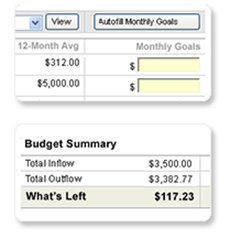 In comparison, Wells Fargo offers a completely integrated PFM tool, My Spending Report, that's extremely simple to use, but offers limited functionality. On Oct. 29, the bank made an important improvement, adding a basic budgeting tool, Budget Watch, to what had been essentially a list of transactions divided by category.

The bank told me last week they have 1 million monthly users, making it the second online PFM provider to break the 1-million mark (after BofA). Wells has about 15% of its online banking base (note 2) using the tool, a slightly higher penetration than BofA. Again, not surprising considering how well it is integrated. The budget tools should boost penetration.

Who'll be the next one to join the 1-million club? Mint, with about 500,000 users in its first 15 months in business, is headed that way, possibly as early as late next year.  Chase/WaMu could get there in a few weeks, if they added online personal finance to their feature set. Quicken Online, now that it's free, should get there relatively quickly as well.

Note:
1. BofA's My Portfolio is powered by Yodlee.