Further enforcing the trend of small business tools in fintech, online invoicing company Tradeshift announced a $75 million round of funding.

The new installment comes from Singapore-based Scentan Ventures, which Tradeshift now claims as a partner.

The San Francisco-based company has global offices in Copenhagen, London, and Suzhou and plans to use the funds to expand to Asia and open an office in Tokyo. This is a large step in its stated mission of “connecting every business on the planet.” 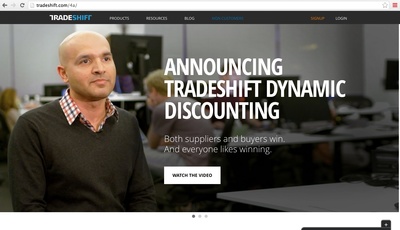 Tradeshift, which counts 500,000 businesses connected on its platform, differentiates itself with a dynamic discounting service that gives buyers a discount for paying their suppliers early.