Then, Kabbage demonstrated its K-Leaf that allows businesses to easily add data to their Kabbage account:

“Kabbage introduces the K-Leaf that enables SMB’s to quickly append data to their Kabbage account from any site on the web by clicking the Kabbage leaf logo.

When the business clicks on the leaf logo, all data on that page and beyond is automatically appended to the SMB’s Kabbage account. By doing so, the SMB can gain access to additional capital and other benefits.” 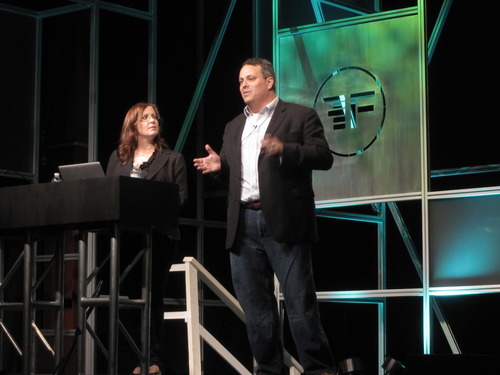 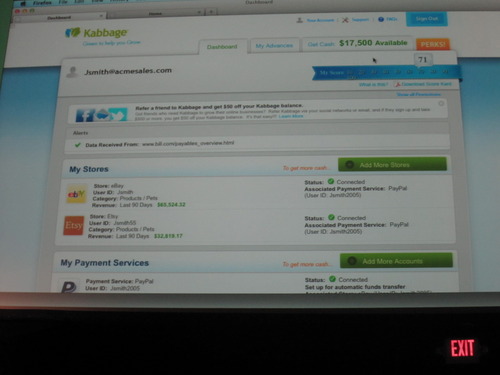