After months of hearing about the iPad, I finally got my hands on one Saturday afternoon. It’s a great piece of technology, but if you have an iPhone, you pretty much already know what it’s like.

While the iPad runs all 150,000 apps available for the iPhone, developers are encouraged to produce iPad-optimized versions to take advantage of the significantly bigger-screen real estate.

When you open the App Store on the iPad, it focuses almost entirely on iPad apps. You have to do a specific keyword search to find non-iPad apps that work on the iPhone.

And I was surprised that neither banks nor credit unions are represented among the 30 Finance category apps available on April 3 (see screenshots below), a situation likely to be rectified with a flood of banking and credit union iPad apps during the next few months. It’s definitely a place you want your brand represented (note 1). 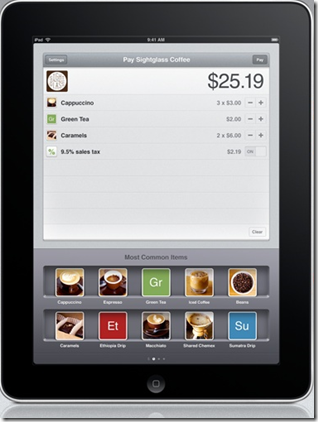 The only big financial services brand that made it to bat on opening day was E*Trade MobilePro (which hit the store last Thursday), and another trading app, iStockManager, to be used with TD Ameritrade.  Bloomberg, too, had its popular info app available on day 1 (see screenshots below for all 30 finance apps). 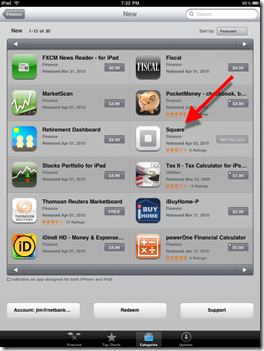 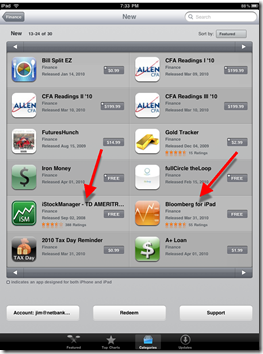 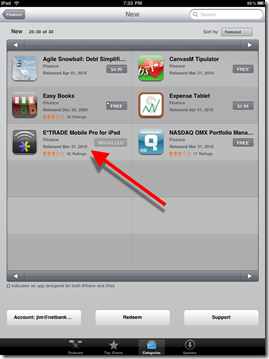 Note: For more coverage of mobile banking and payments, see the most recent issue from Online Banking Report.