ZenPayroll, a company that makes it easier for small businesses to pay their employees, announced yesterday it has been granted funding.

The San Francisco-based startup brought in $20 million in Series A funding from investors General Catalyst and Kleiner Perkins. The new installment, combined with the more than $6 million it received in December of 2012, brings the company’s total funding to just over $26 million. 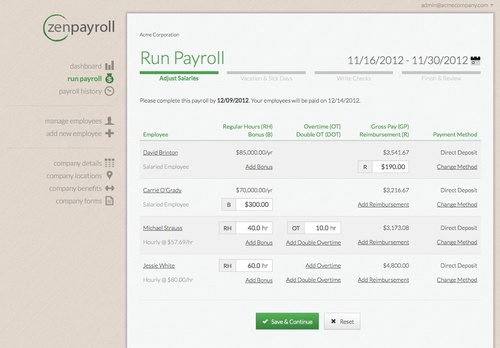 It plans to use the funds to build new features and create add-ons to existing features, such as:

This news comes on the heels of yesterday’s announcement of ZenPayroll’s participation in FinovateSpring in April. To see its newest development in action, get your ticket here.