While reviewing news about Finovate alumni this morning, I received a notable Google alert about FreeMonee. The alert linked to an FAQ page indicating that national gift network, FreeMonee, has partnered with U.S. Bank. 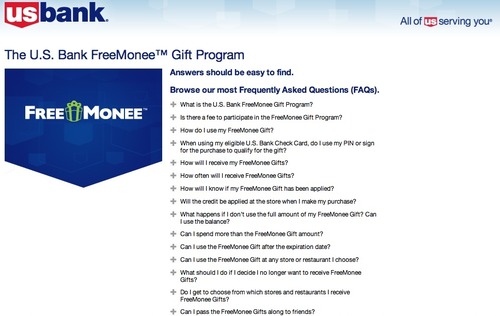 Back in October, AOL Daily Finance spoke to FreeMonee, reporting:

“The company will not share the names of any partners at this date, but says it is launching a merchant-reward plan with a major U.S. bank on Nov. 17.”

To learn more about FreeMonee, watch its FinovateFall 2011 demo.