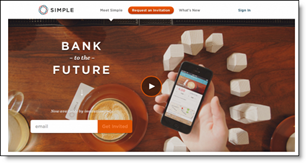 I’m  glad I stayed until the end of Money2020. Some time after 5pm on day four (9 Oct 2013) of the biggest financial tradeshow since BAI Retail Delivery in Nov 2000 (see note 1), Josh Reich introduced two members of team Simple, Tom Wanielista and Collin Ruffenach. The duo proceeded to send each other the first Bluetooth-enabled payment I’ve ever seen. It looked a lot like a Bump payment, recently relaunched by Capital One 360, but without the awkward phone gyrations.

The feature is called MoneyDrop, built by Wanielista and Ruffenach, and allows Simple users within a few feet of each other to transfer money with a few finger swipes in the Simple mobile app. It’s easy to use, since other Simple users automatically pop up on the MoneyDrop screen when they are in range (see screenshot below).

The startup didn’t say when the service will be available to Simple’s 65,000 customers, but TechCrunch reports it will hit iOS first (iPhone 4S or above required) with Android in the pipeline.

Bottom line: MoneyDrop is similar to the Palm Pilot “beaming” service PayPal began in 1999, but then quickly abandoned for email p2p model (see note 1). The ubiquity of smartphones makes it much more interesting today. Still, the requirement that both users have a Simple account, and newer smartphones, limits its uptake for now (note 2).

While I didn’t know it at the time of the Money2020 session, Square was about to introduce a drop-dead simple P2P payment system (see Friday’s post). That’s a free and easy way for Simple customers to move money as well. It took just 3.5 hours in my test for money to move from my Chase debit card to my Simple account. Not as cool as instant MoneyDropping, but it works with any Visa/MasterCard debit.

Despite all that, I think it’s a great move by Simple. MoneyDrop provides a tangible leg up on other mobile banking apps, a moderate viral boost, and great publicity. 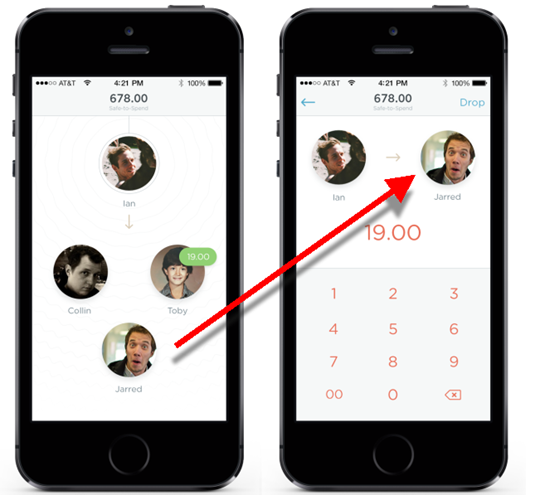 ———————————————
Notes:
1. Retail Delivery topped out around 10,000 attendees (includes exhibitor staff) in 1999/2000. After just two years, Money2020 is at more than 40% of that.
2. A TechCrunch commenter noted that MoneyDrop also sounds like what stealthy Clinkle is planning to unleash on the world. Quite a coup if Simple beat them to market.
3. For more info on peer-to-peer payments (P2P), see our Online Banking Report issue devoted to the topic (Dec 2009, subscription).