The round was led by Venture Partners Mexico. 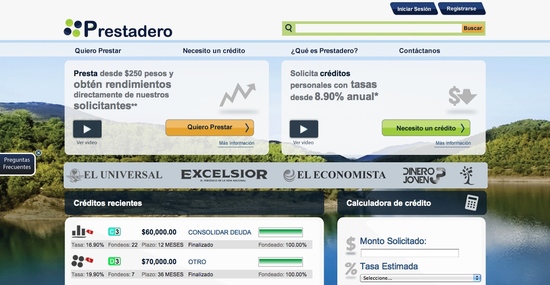 Up until this round, CEO Gerardo Obregon has self-funded the startup since launching it in 2011. Prestadero plans to use the funding to attract new borrowers and lenders and to accelerate growth.

Having only been in operation for a year, the Mexico City-based company has loan requests of over 120 million Mexican Pesos and offers net annualized returns of 16% for lenders, and rates from 8.9% to 28.9% per annum for creditworthy borrowers.

To see Prestadero’s platform in action, watch its FinovateSpring 2013 demo.