Cortal Consors demonstrated at FinovateEurope 2011, when it was an online brokerage and investment company under BNP Paribas. It has since become Consors Bank, a German-based subsidiary bank of BNP Paribas.

includes providing financial planning tools for your customers– so Consors Bank has partnered with Meniga and Crealogix. Respectively, these fintech providers power spending and saving management tools, as well as a digital banking portal.

The combined solutions offer Consors Bank customers an engaging user experience that fits with the bank’s slogan, “mobile, just like you.”

Here’s a look at some of the aspects of Meniga’s PFM on Consors Bank’s web portal: 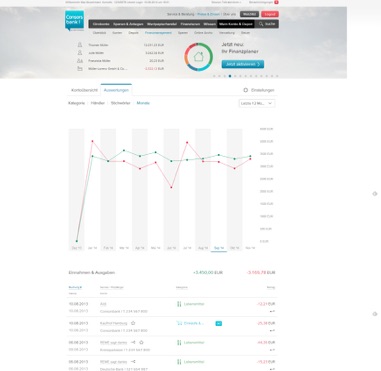 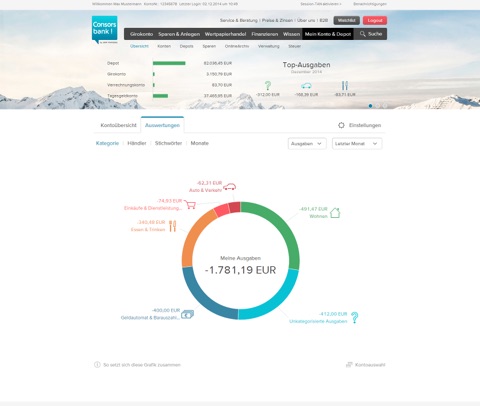 Iceland-based Meniga launched in 2009 and has since brought its white-label PFM platform to 25 banks across the globe. Meniga last demonstrated at FinovateEurope 2014 and will return to London next February for FinovateEurope 2015.

Crealogix appeared on stage at FinovateSpring 2014 in San Jose and will also demo its new technology at FinovateEurope 2015 in London.