These installments bring Lending Club’s total funding to $100 million and total unrestricted cash to over $45 million. 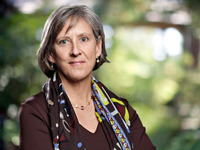 The company also announced that Mary Meeker (inset), general partner at KPCB, will join its board of directors. Meeker states:

“Lending Club is helping reinvent the consumer lending industry, it’s the kind of opportunity that Kleiner Perkins is interested in and I knew I wanted to be involved.”