Giftly, a startup that brings gift card-giving and receiving to the mobile platform, announced today that it has been acquired by GiftCards.com.

Giftly, which launched in 2011, allows users to send and receive gift cards using their mobile device without requiring point-of-sale integration on the merchant side.

The financial terms of the deal were not disclosed, but San Francisco-based Giftly will become a part of GiftCards.com while maintaining its offices in the Silicon Valley. 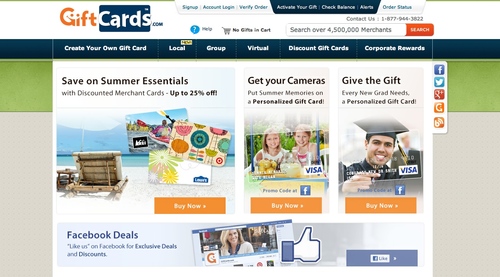 Giftly had previously raised $2.8 million from Baseline Ventures, SoftTech VC, Floodgate, Thrive Capital, and TechStars co-founder David Tisch. Even though GiftCards.com has been in the industry since 1999, it is looking to raise its first round of capital this year, which it will use to accelerate its growth and complete the Giftly acquisition.

To learn more about Giftly, watch its FinovateSpring 2012 demo.