To kick off June, we interviewed Laura Mather, Co-Founder and Chief Strategy Officer of Silver Tail Systems, a web session intelligence company that won Best of Show at FinovateStartup 2009 and Finovate 2009.
Mather has worked for the NSA, eBay, and was recently ranked number 16 of the most 100 creative people in business by Fast Company. 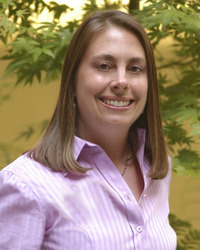 Finovate: What sparked the idea for Silver Tail Systems?
Mather: When I was Director of Fraud Prevention at eBay, the criminals were creative and tenacious – a challenging combination. My team was always reacting to the criminals instead of getting ahead of them. That was difficult for me since attacks often meant that eBay customers sent thousands of dollars to criminals and I felt like that was my fault. It was clear that eBay (and I assumed other organizations) needed a different set of tools to fight these criminals.
Finovate: What has been the most surprising thing you’ve encountered since launching Silver Tail Systems?
Mather: The importance of corporate culture. In previous positions it was clear how corporate culture influenced my job satisfaction, but since starting Silver Tail it has been very clear that incorporating culture into all aspects of the business helps our team stay focused on the mission of the company.
Finovate: How have you seen the security industry changing and how is that affecting your strategy?
Mather: When we started Silver Tail (2008), it was generally understood that security was “dead”. Enterprises were not investing in security and security officers had very little impact within organizations.
Since then we have seen a reversal of this trend. Security is now an extremely hot area. This is great since there are many places in both our government and our industry that are vulnerable to attacks. Making cyber security a focus will help our country better fend off attacks from our adversaries: whether they are politically or financially motivated.
Finovate: Fast Company just named you one of the most creative people in business. How has your experience in the security industry inspired the creativity you bring to Silver Tail Systems?
Mather: Security is like a chess game. It isn’t sufficient to understand the next move. You have to understand the three to five moves that follow. If you make a change to make something more “secure”, sometimes that change will move the criminals into a new behavior which is more harmful than the behavior you are preventing. Understanding how the criminals think and how they respond to impediments is key to being able to make good decisions about how to protect websites.
Finovate: What’s the biggest hurdle Silver Tail Systems has overcome?
Mather: Our biggest hurdle was Series A venture funding.  In 2008 venture capitalists were saying two things: security is dead and enterprise sales is dead. We were proposing a business that provided both. In addition, my co-founder and I had no start-up experience. It took us a long time to find people who believed enough in what we are doing to put their money behind us.
Finovate: What has been the most fun thing about being the founder of Silver Tail Systems?
Mather: I have the greatest job in the world. I get to protect some of the largest brands (and therefore hundreds of millions of consumers) from fraud and other attacks. How cool is that? We embrace that in our company as well. Our conference rooms are named “Hall of Justice” and “Bat Cave”. Our servers have names like “Ironman” and “Hulk”. We definitely get to enjoy what we do.
Finovate: What is the story behind the name Silver Tail Systems?
Mather: My co-founder and I liked the bird of prey analogy for a security company. We originally called the company “Kestrel” (which is a type of hawk) and we owned kestrel.com. An overenthusiastic trademark attorney told us we could never use Kestrel because we would have trademark issues, so we gave it up – which we now regret. When we decided not to use Kestrel, we wanted another type of bird of prey. “Red Tail” did have trademark issues, so we brainstormed alternatives. We came up with Blue Tail, Steel Tail, Iron Tail, etc. We couldn’t decide which we liked so I sent the list to friends in China, India, London, and Australia to see if any of them had negative connotations. It turns out “Blue Tail” is not a very nice thing in Chinese. My friends who were helping me avoid the “Nova” situation also informally voted and they all like Silver Tail. Thus the company was named.
One thing for budding entrepreneurs – budget a lot of time for naming your company. With trademark issues it is extremely challenging to find a name for a company now and that was an activity for which we budgeted very little time, but spent a lot of time!
To learn more about Silver Tail Systems, watch its FinovateSpring 2012 demo. Stay tuned for another interview next month.