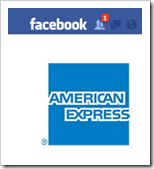 Since Facebook became the de facto social operating system a year or two ago, I’ve been a little surprised the financial powers haven’t jumped on board more aggressively (note 1). But the card companies have had their hands full dealing with the credit meltdown, so it’s understandable.

But now that “big cards” are moving forward again, we’ll see a burst of activity leveraging Facebook and other social networks during 2012 and beyond (note 2).

Link, Like, Love from American Express  is a great example of what’s to come.

Here’s how it works (1 thru 5 illustrated in screenshots below):

The AmEx program is very similar to bankcard-based, merchant-funded rewards, except for one huge difference. Instead of “liking the offer” during infrequent visits to your bank/card statement, you do it while on Facebook, which the typical user visits approximately a zillion times more than their bank (note 3).

MasterCard/Visa issuers will follow the same path, but AmEx bagged a ton of free publicity along with the first 2 million users. Like it, a lot.
—————————— 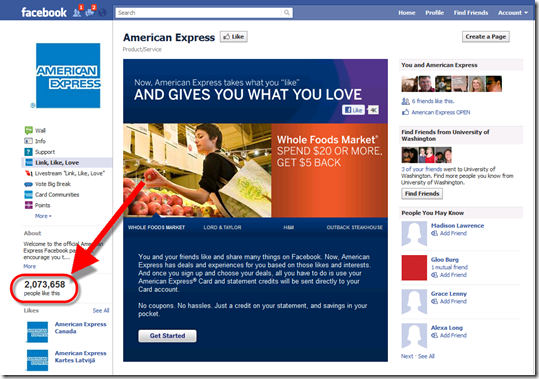 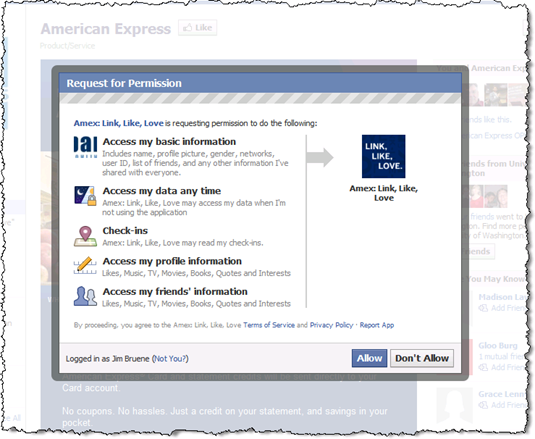 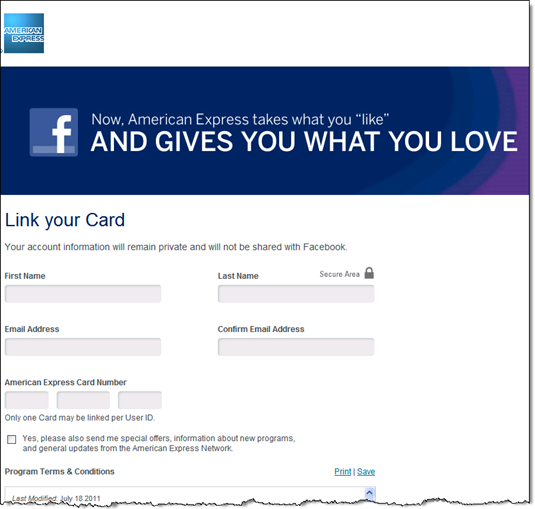 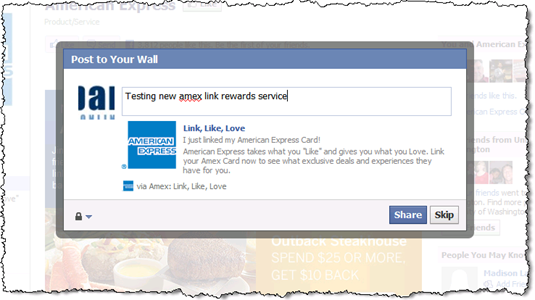 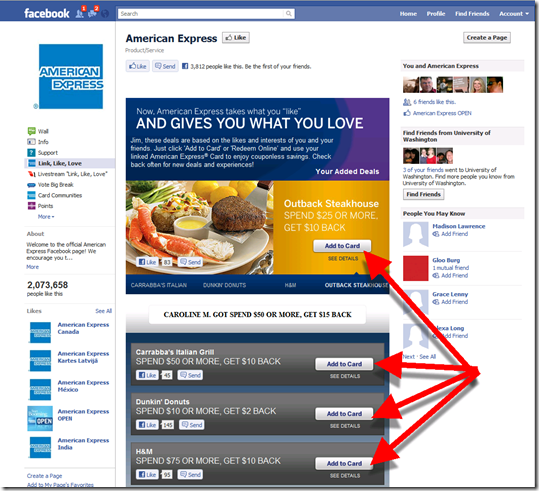 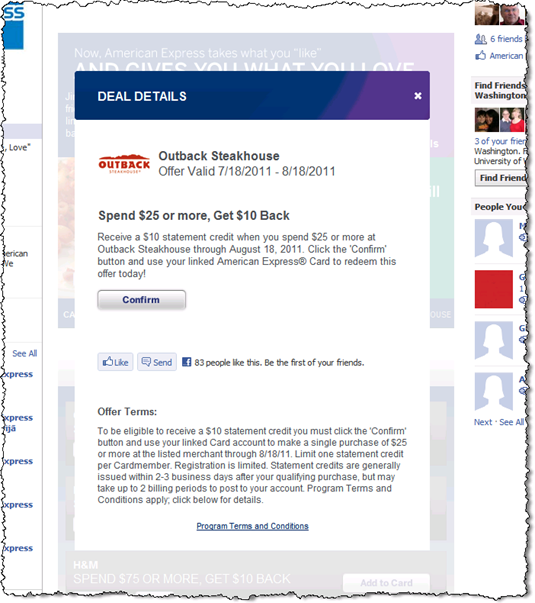 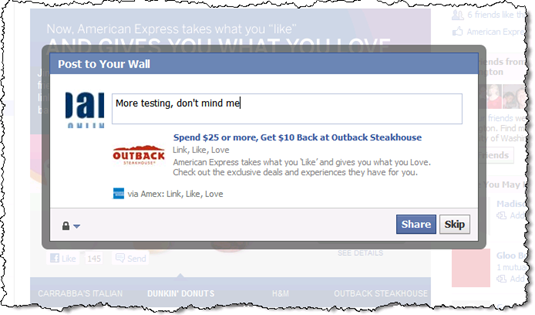 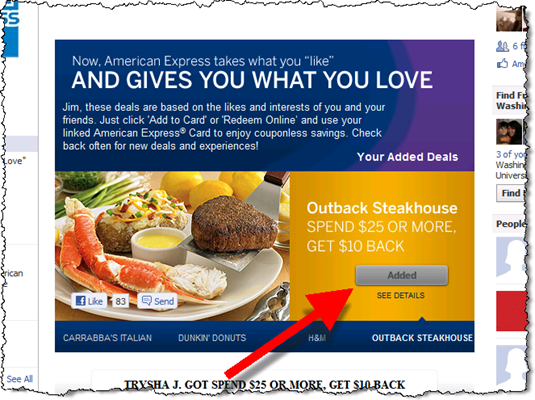 Notes:
1. Chase had the first “1+ million likes” financial promotion in early 2010 with its brilliant Community Giving program
2. We’ll see some great Facebook integration at FinvoateFall in two months.
3. Presumably, I’ll be getting all kinds of Facebook and/or email messages from AmEx; although 2 hours post-signup, nothing was in either inbox.
4. During the 2 hours or so (4 to 6 PM Pacific) that elapsed while I was working on this post, the number of likes increased by more than 300. That translates to 3,000+ per day, or close to 100,000 per month. I don’t know how many likes AmEx had when the program launched, but it sounds like reasonable traction.