European mobile payments company SumUp announced recently that it has added support for American Express in some of the European markets in which it operates. 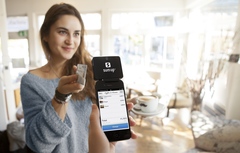 American Express payments are approved in the following markets:

Negotiations to accept American Express are still ongoing in Belgium and Portugal, the other two countries in which SumUp operates.

Unlike most merchants who accept American Express credit cards, those who use SumUp will not be faced with a premium fee. Instead, they will pay SumUp’s regular 2.75% per transaction fee.

In its press release, SumUp claims it will accept more types of cards in more regions than any other mobile point-of-sale technology provider worldwide.

SumUp’s demo video from FinovateEurope 2013 in London will be posted soon at finovate.com/archives.html.