Today's New York Times (p. A8, national edition) has a half-page, red-and-blue ad for Bank of America dominated by the headline:

The visual is a generic laptop with a generic browser displaying Bank of America's homepage. Text copy and sub-heads emphasized that 20 million are now using BofA online banking. 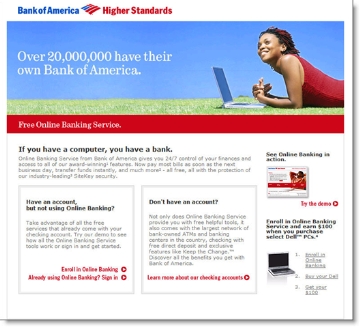 Analysis
There are several interesting things about this ad.

Taken together, it's an interesting effort, although it looks more like corporate branding rather than an effort that will generate enough accounts to justify the five-figure tab to the NY Times.

Screenshot: BofA's Build Your Own Bank from 1999
(click to enlarge) 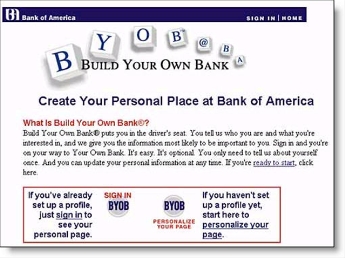