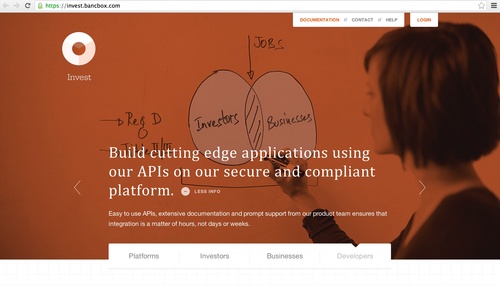 According to TechCrunch, the parent platform BancBox:

BancBox demonstrated at FinovateSpring 2012 where it showcased its payments platform.