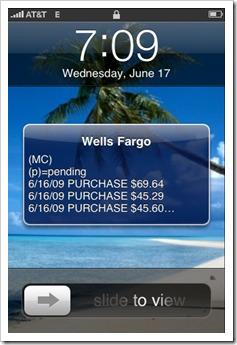 My credit card number was stolen again. It’s the third or fourth time since the Internet came along. It’s annoying, and a little disconcerting, but not a major problem, thanks to efficient card issuers who take the info, credit my account, and send me a new card. On a ten-point “hassle scale,” where 10 is having your hard drive crash, it’s only a 2 or 3.

And my previous stolen cards resulted in little financial loss to the issuer, other than the cost to process the chargeback and reissue the plastic. In those cases, either the issuer caught the fraud before anything was shipped, or the items purchased were digital (online subscriptions) and didn’t result in any lost inventory.

But this time was different. Someone used my card number to buy a PS3 gaming console and three games at a Best Buy in the Bronx. Assuming Best Buy follows proper procedures, Wells Fargo will be out more than $600 just for the merchandise. All told, with the cost of the investigation and processing, it’s probably an $800 to $900 loss to the bank and merchant.

Wells Fargo is generally very good about suspicious charges and usually calls us. I’ve had the card for almost two decades, and it’s been othe primary card for both my wife and me for much of that time. WF knows our purchasing habits better than we do.

Yes, we get to NYC at least once a year, but our charges are usually travel- and tourist-related ones in Manhattan. And we probably visit Best Buy in Seattle a couple times a year (we have teenage boys), so the gaming system charge is understandable. But it’s highly unlikely we’d buy a system while visiting NYC, and we’ve never visited the Bronx, so the authorization request likely triggered flags.

But unless there was inside theft, the bank’s authorization system evidently decided the $10 in interchange was worth the risk. Bad call this time, but probably right 99%+ of the time; otherwise, they’d be out of the card business.

What’s mobile have to do with it?
But if Wells Fargo had a real-time connection to me via mobile phone, they could have texted me for an OK (similar to the screenshot above, which is a text-based activity request to Wells Fargo). If it really had been I who stood at Best Buy’s register, it would have taken a second to reply “yes,” and the transaction would have gone through.

Of course, in this case, I would have said ‘no, I’m in San Francisco right now.’ Or even better, in the not-so-distant-future, if I’d allowed the bank to track me via GPS, they would have known, without even contacting me, that I was 3,000 miles away from that store. Either way, the bank saves nearly a grand from that single text message. Multiply that by the millions of fraud purchases every year and you have serious money, billions by most estimates.

So yes, mobile banking (really mobile payments) does have a robust and tangible business case from fraud reduction and customer service savings. The technology is in the hands of the users now, and most know how to use it. So, let’s get moving.