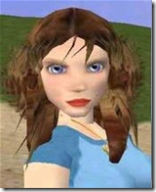 Wells Fargo marked the one-year anniversary of its first blog, Guided by History, with a Q&A today with the bank's Social Media VP, Ed Terpening. The post appeared in the the bank's Student LoanDown blog (post here), which just made it past the six-month mark. I've already weighed in on its blogging strategy (see previous coverage here), so I won't repeat myself.

The bank is experimenting with a number of social media outlets to extend its brand and see what works and what doesn't. Not all of these will pan out. The MySpace presence seems like a long shot, but then again, the cost is negligible so it’s worth a try. Wells Fargo has wisely not posted a pure "banking" presence, but instead used one a character from its StageCoach Island game (see screenshot below).

Bottom line: The bank's willingness to try new things has created an impressive lists of "firsts:" 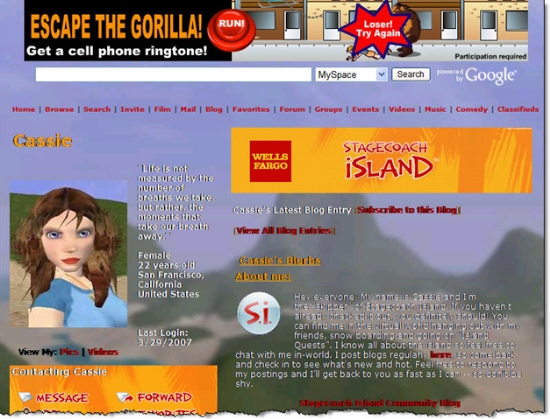