Editor’s note: This guest post was written by Daniel Thomas, a 25-year veteran of the financial services industry and a principal consultant with Mindful Insights LLC. He’s been involved in strategy and product development for Online Resources Corporation, ARINC, and TeleCheck. He recently authored a report on merchant-funded in-statement rewards for Online Banking Report.

And for good reason, the speakers and a hundred or so fully engaged attendees at the second annual APSI summit, seemed unanimously to agree that the convergence of virtual and physical purchasing, social networking, rewards and promotions will be solved by the use of mobile phones. And that is saying a lot given the mix of technology companies, payment companies, merchants and financial services companies represented in the room.

However, there is uncertainty on what exact form the eventual solutions take. But each company with an innovation is positioning themselves to be on the winning side when the dust settles and at least one prediction by chip maker INSIDE Secure Corporation’s COO Charles Watson says “it will unfold in the next 18 to 24 months to see who are the winners and losers.” 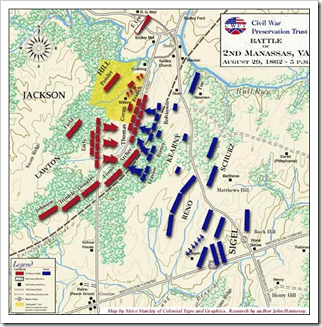 For us payments geeks, it’s a little like being one of the people from the Virginia countryside who brought lawn chairs to watch the first battle of Manassas in the Civil War. We have an opportunity to witness payment history before our very eyes. For those companies that are on the battlefield, well, some will win and others will become what Steve Klebe, VP, business development and strategy at BilltoMobile calls “alternative payments roadkill.”

The key issue is control of the consumer. This is not a new issue, of course. Richard Crone’s (president of Crone Consulting, LLC) timeless mantra, “The one who enrolls (is the one who) controls” is as true with m-payments as it was with e-payments and bill payments before that. However, no longer is this control of the consumer limited to a tug-of-war between the banks and the merchants. Mobile Network Operators (MNO), handset manufacturers and even social networks are all investing in innovative new technologies and functionality to be in the best position to do the enrolling.

Mohammad Khan, president of ViVOtech, the NFC payment and promotion solution provider says that 2011 is the year of NFC and that “by the end of the year, 60-70 million NFC-enabled phones are expected to be released–mostly in North America.” The presumption here is that consumers equipped with this new functionality will be looking for a place to use it and will ultimately drive merchants to upgrade their POS equipment to accept tap-and-go payments.

Indeed, INSIDE Secure’s Watson predicts that NFC enabled smart phones will generate the next generation of phone apps that have nothing to do with payments but will get consumers hooked on tapping (think: tapping posters to receive coupons, tapping labels on store shelves to learn about products, tapping when you walk into a store to check-in and receive offers, tapping phones with someone you meet instead of exchanging business cards, etc.) and that this acceptance by consumers will drive their demand for tapping to pay at the point of sale.

Yet other companies fail to see the value in NFC to consumers. Chris Hylen, VP and GM, Intuit Payment Solutions Division says Intuit is banking on its Go Payment card swipe system that attaches to the iPhone. They believe that in the future everyone that wants to receive money will be able to receive credit card transactions. To prove it, Hylen played this adorable video clip of girl scouts accepting payments with their device. What could be easier?

Okay, so maybe virtual wallets are the answer? After all what could be easier for a consumer to understand? Their phone now contains all of the information that used to be in their leather wallet. But which wallet will we use? The one promised by the group called ISIS led by AT&T, Verizon, T-Mobile, Discover and Barclays Bank? Or the one developed in the future by the partnership of Google, Citi and Verifone? Or the neutral and agnostic wallet announced and demoed at the show by Zenius Solutions President John Weise, the Zenius Mobile Wallet?

Since control of the consumer is the goal, every large merchant, mobile network operator, handset manufacturer and card issuer is going to be developing a wallet that they will want you to use as your primary wallet. How is that going to work? I can smell a new business opportunity for data aggregators like Yodlee and CashEdge a mile away, but won’t that defeat the purpose of gaining control? Somehow I can’t get the vision of George Costanza’s wallet out of my head.
___________________________________________________________

The simplest solution, deemed the only “frictio
n-less” mobile payment type by the service providers that offer it, is the concept of paying for items with a charge to the phone carriers’ monthly bill. The concept is inherently secure since the payment providers have real-time access to the phone company database (and they know where you live!) and a second factor of authentication, a text message to your phone that you need to reply-to.

The companies leading the charge in this space include PaymentOne, MoPay, BilltoMobile, and BOKU. And while its true that they don’t have the problems that NFC and wallet providers have, there are currently clear boundaries to the types of items that can be bought with carrier billing services.

Purchases today are limited to small dollar (micropayment) virtual goods such as ring tones, wallpaper, game purchases (if you are one of the millions of people that like to pay to throw virtual sheep) and the like. However, you cannot buy a refrigerator at Sears. At least not until these companies work out the issues between the merchants and the carriers about who pays for fraud losses, how often funds are settled with merchants (remember you only pay your phone bill once a month and Sears isn’t going to want to wait a month to get paid for their refrigerator!) and how customer service will be handled for things such as charge-backs.
___________________________________________________________

The conference concluded with a focus on major merchants and explored their needs and wants for new payment types. Representatives from Walmart, 7-Eleven, Inc., Macy’s and SUBWAY Restaurants each explained how they were looking for reduced costs, reduced lines, reliability, security, easy implementation and low maintenance associated with any new payment mechanism they deploy. In addition, they want the system to include the ability to offer rewards and promotions near-store and in-store.

That’s a pretty tall order for any new payment solution. Are the merchants being unreasonable? After all, each has tens of thousands of POS locations to worry about, employee training, employee turnover, software changes to make, capital decisions on hardware, and so on. Looking at it from that perspective, one can see why these retailers are among the many that brought extra comfortable lawn chairs to the battlefield sidelines. Maybe it won’t be such a quick war after all.