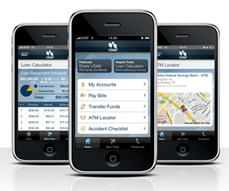 emote check deposit service. A feature the bank announced in June and is rolling out this week.

USAA is the first major financial institution to use the iPhone’s camera to allow customers to upload paper checks for automatic deposit. However, it was beaten to market by tiny WV United FCU, which launched a cruder version two weeks ago (previous post).

The San Antonio-based bank with 7.2 million customers, now has one million mobile users, a 14% penetration rate, up from 11% in May. It’s the second U.S. financial institution (after Bank of America with more than 3 million; see note 1) to officially hit the million mark, though Chase/WaMu and Wells/Wachovia are believed to have passed that milestone last year.

Financial institution lesson: Mobile banking, and the iPhone specifically, still make a great story for the press (and customers). If you’re first in your market with an iPhone app, or some other mobile milestone, let the media know. 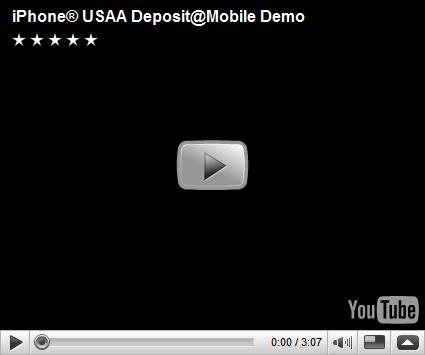 Note:
1. 43% of BofA’s mobile customers access via iPhone or iPod Touch. The bank does not yet support text-banking, so it’s user base is skewed towards smartphone users.
2. For more info, see our Online Banking Report on iPhone Mobile Banking.