The research team from Finovate had a blast at the Bank Innovation 2014 event here in Seattle this week. And from the look of the event’s Twitter feed (#BI14), it seems as if those who were attending in spirit were having a good time, as well.

But for those who were not able to be there in person, here’s a look at some of the memes and themes that seemed to get the most chatter out of an engaged, energetic audience, both online and in-person.

#1 A is for API Banking
It was no surprise to see “API banking” go viral on the event Twitter feed as soon as it was introduced as a way to deploy state of the art technologies without overhauling legacy systems. The concept does have its detractors. “API banking will not cure your UX issues,” tweeted one of the idea’s antagonists. “Poorly executed, it just pushes the risk onto another dev team”.
That said, the dream of finding ways for banks and other financial institutions to upgrade their systems and adopt new technologies faster and more completely isn’t dying any time soon. We’ve not hear the last of “API Banking” – and that’s probably a good thing.
#2 The Myth of the Magical Entrepreneur
This just in: fintech innovation and entrepreneurialism is hard.
That news may not make headlines. But it is sometimes worth comparing innovation in financial technology to innovation in other areas, like consumer technology, where regulations tend to be less onerous and forward-looking incumbents generally more willing to entertain “the new.”
It’s not magic, Ted Tekippe, CEO of DoubleBeam explained. “There’s a lot of failure that goes into it. A lot of bad ideas and dead-ends.”
“It’s not a ‘one-shot thing’ to be a successful fintech entrepreneur and innovator.”
If not magic, then what? Apparently, “misfits”. As Matteo Rizzi, General Partner at SBT Venture Capital suggested, “you can’t innovate without misfits in your organization. Others won’t take the risks necessary.” 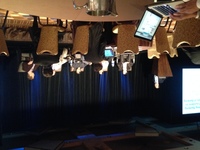 #3 Toward a Fintech Startup Match.com
The panel discussion based on “Bank-Nonbank Partnerships That Work” may have set the tone, but the theme of collaboration between banks and technology innovators – and the challenge of finding the right partner – came up more than once during the sessions on the second day.
For some, it was a matter of understanding what it takes for a startup to get the attention and trust of an established institution. For others, it was the “do what you’ve got to do” attitude from MyOrder founder and CEO Michael Dooijes that that startups should take when it comes getting your innovations in front of the true decision makers – as opposed to the mere gatekeepers – that impressed most.
Interestingly enough, Dooijes is both at the helm of a startup and simultaneously Head of Strategy & Innovation at Rabobank, one of the largest banks in the Netherlands.
As more than one presenter suggested, selling yourself as a start-up is little different from selling yourself to consumers. By demonstrating the ability to deliver an actual solution to a problem, rather than an idea about a problem, startups have a better chance of getting in the room with a decision maker – whether they prefer the route of knocking on the door or trying to kick it wide open.
#4 Friction = FAIL
The seamless banking experience remains the Holy Grail for every financial institution and fintech startup. Reducing the number of steps, simplifying processes and creating greater efficiencies remains a key goal for innovators on virtually every front, from security and mobile UX/UI to P2P lending and payments.
A dramatic overhaul of a core banking system may do wonders for a bank’s efficiency over time. But the trade-off, in the short term, can be the time and cost of retraining what can be thousands of individual agents and representatives.
Similarly, even the most compelling innovations like fingerprint sensors can go unused by a consumer who feels like the new technology is more nuisance than novel.
#5 “Storing Value, Moving Value, Pricing Risk”
This was how Zac Townsend, President of Standard Treasury, summed up the field for financial companies and the startups that seek to serve the public through them. And success for startups means figuring out which of these challenges best describes the innovation you are developing.
“Most startups” tend to do one or two of these,” Zac said, noting that under the current regulatory framework, only banks can do all three. This underscores the importance not only of knowing what you are best and truly unique at, but also being sensitive to changes in regulations and the market itself that make some of these lines of business more attractive than others. 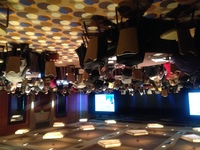 #6 Innovation as a Process of Solving Problems
For all the talk of developing a culture of innovation, there is as much or more to be said for simply thinking of innovation as a process dedicated toward solving problems and eliminating “pain-points.”
“Never innovate for the sake of innovating,” warned Citibank’s JP Jolly in his presentation on next generation commercial and corporate banking. “Our clients used to come to us and say, ‘you guys come to us with a lot of ideas. But I never see them come to market.'”
So focusing on innovations that actually can and will be brought to market is key. Another key is remembering that not all innovation in finance is necessarily technical. One interesting discussion revolved around a “tiered KYC” strategy at a bank in Mexico. This tiered system consisted of three levels of service for potential banking customers, making it easier to onboard customers with divergent financial needs.
#7 When It Comes to Innovation, ROI Ain’t Everything
What price tag would you put on something that you can’t imagine living without?
According to more than one panelist at the event this week, this might be a better way for financial institutions – and the decision makers who run them  to look at and understand the value of technological innovation. A panelist from a smaller bank in Texas recalled how his bank was able to weather the Target data breach storm because the bank had the technology to produce new cards for their concerned customers in less than five minutes.
“Think of the peace of mind.” the panelist asked. Compare the ability to respond today with time and expense it would have taken to respond to a similar threat years ago. “What was the ROI on that investment?”
#8 Consumers > Customers
From a bank mar
keting standpoint, nothing changes the game like social.
Social is what allows banks to make more proactive initiatives, what opens up the human side of our financial lives, what helps turn customers (people who are sold to) into consumers (people with specific, individual needs, wants and goals – and the ability to not just express them, but to broadcast them).
This was one of the key insights from the panelists on Tuesday. There was unanimity in the way that social had helped their different financial institutions do everything from expand their market range to gaining valuable intelligence on their market in order to provide a better, more personalized set of products and services.