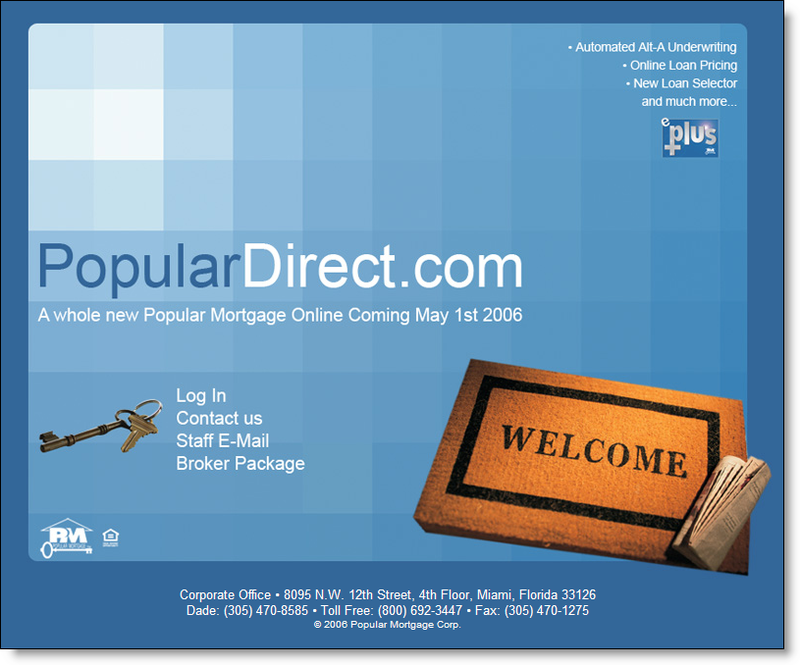 The new website for previously announced U.S. direct banking effort from Puerto Rico-based Popular Inc. <bancopopular.com> is just five weeks away from launch. According to its website <populardirect.com>, "A whole new Popular Mortgage Online coming May 1st 2006." The company is also using <pmexpress.com> to direct traffic to the new site.

The current website for Popular Mortgage is <popularmortgage.com>. There is no hint whether high-yield savings accounts will be offered at the outset.

April 6 update: An article in today’s American Banker outlines Popular Inc.’s overall goals for its U.S. expansion, including an expected $3 billion in deposits through its upcoming direct banking initiative. The timetable for the $3 billion isn’t spelled out, but it sounds like a 2008 year-end goal.