While person-to-person (P2P) lending will never create the buzz or user base of eBay’s PayPal or Google’s GBuy, it passed a milestone yesterday with a favorable article in The New York Times. The short article looked at UK-based Zopa <zopa.com>, a recent OBR Best of the Web winner (NetBanker Dec. 1) and a similar service being hatched in Silicon Valley, Prosper <prosper.com> (formerly CircleOne). 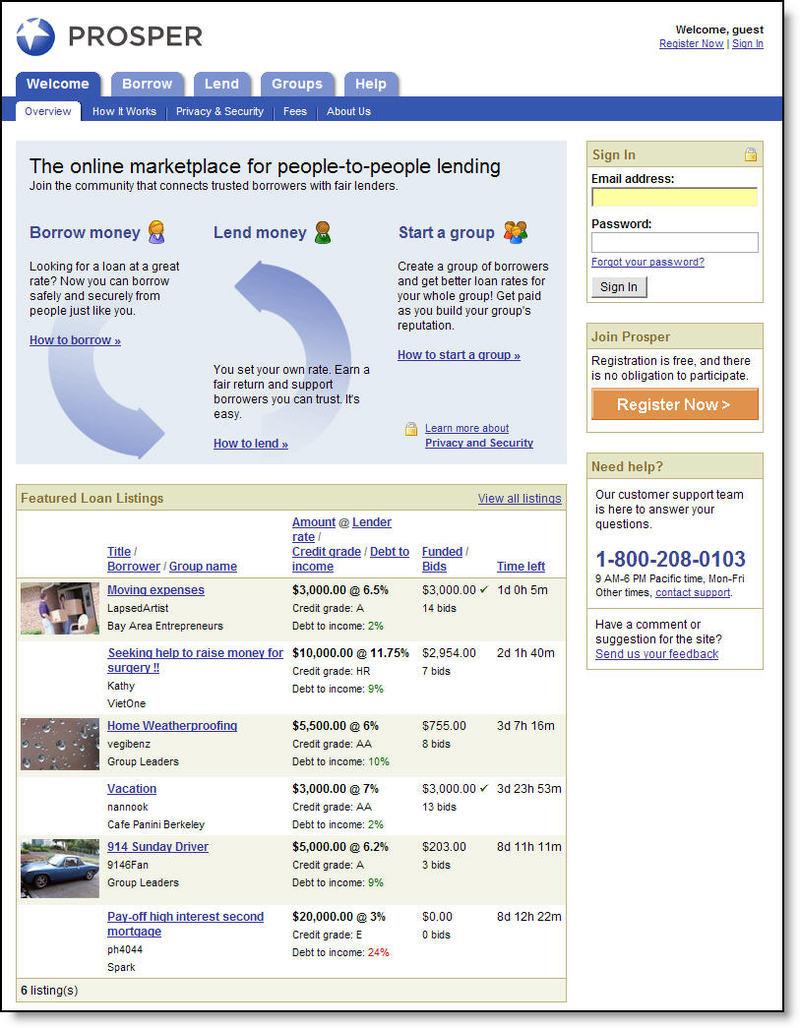 Prosper, like many Internet startups before it, bears watching not only because of its relatively minuscule user base–currently, just 12 transactions are pending–but also because of its VC backers, Benchmark Capital, Accel Partners, Benchmark Capital, Fidelity Ventures, and Omidyar Network, along with its famous founder Chris Larsen, who launched E-Loan nearly a decade ago. The company has raised $20 million according to its website. Click on the screenshot, right, for a closeup of its homepage.

We’ll look at both companies in more detail in the next Online Banking Report (Number 127), due out at the end of the month.