Eventually the distinction between mobile and online banking will disappear as the devices and services converge (see note 1). But until then, mobile banking, because it’s perceived as cutting edge, is more interesting to many customers. That’s why Bank of America, Chase, Citi and many others have featured mobile banking in on- and off-line media (see previous coverage here).

But it’s not just a mega-bank game; any financial institution can play up its mobile capabilities. Texas-based IBC Bank, in the top-100 with $11 billion in assets and more than 200 branches, flaunts its mobile capabilities with a large banner on its homepage (see screenshot below). The mobile banner currently rotates with an identity-theft-protection pitch. 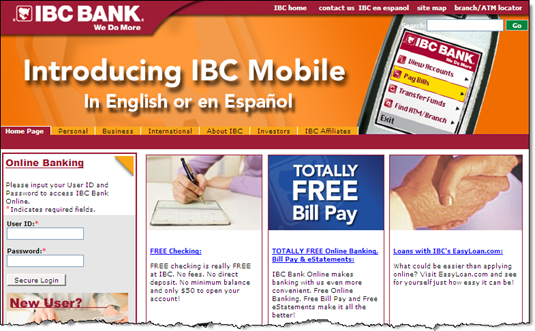 IBC Bank releases iPhone app
Last week, IBC became just the second U.S. Bank to release a native iPhone app in the Apple iTunes App Store. The mFoundry-powered application was the 36th most popular finance app yesterday, out of about 120. Following is a screenshot of the application’s entry in the App Store. Bank of America, which launched its app on the first day of the App Store, is the other App Store participant (see previous coverage here).

mFoundry will demo its latest innovations at our Finovate Conference Oct. 14. Video of its previous demo is here. 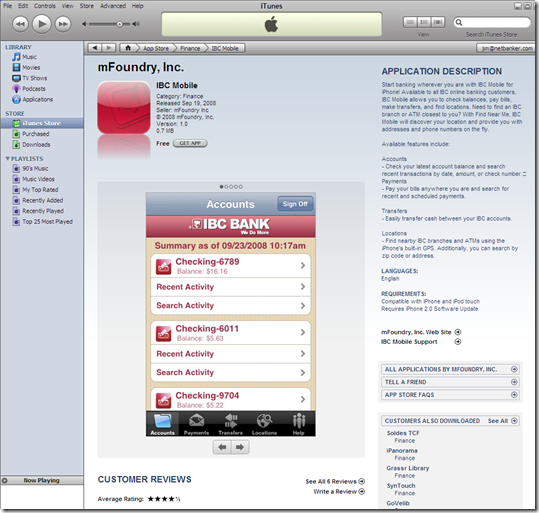