Manilla announced today that it has topped the 500,000 mark in terms of activated users. This figure represents a doubling of the bill management company’s user base in the last six months.

“Activated users” includes only those users who have actually signed up to Manilla and linked at least one account.
A few additional metrics:
Manilla is a free account organization service that helps consumers manage their bills both online and via mobile app. In addition to hinting at new mobile and Web features to come, Manilla CEO Jim Schinella said that Manilla’s milestone “proves that there is a real growing consumer demand for a new breed of account management tools.” 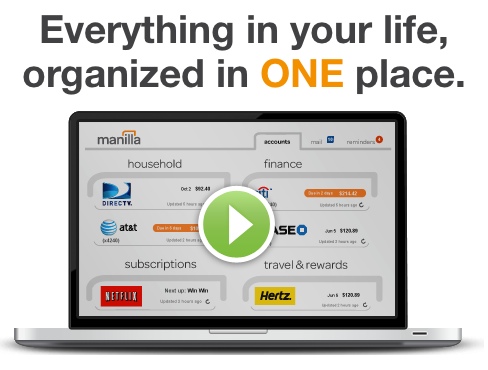 The company was in the headlines this spring after announcing its customers had added more than 54,000 local small business accounts to the network courtesy of a new Custom Accounts feature. The feature was launched in December 2012, and is available on Android and iOS.
Developed within and supported by Hearst Corporation, Manilla presented its technology as part of the FinovateFall 2012 show in New York. See the company’s demo here.