PerkStreet uses a clever visual technique, one that’s familiar to Facebook users (note 2; fourth screenshot), a montage of "friends." In this case, they are not actual friends but 53 thumbnail photos each containing a customer testimonial via either webcam (18 of the thumbnails; second screenshot) or static photo with caption (35 thumbnails; third screenshot).

The bank tops it off with two easy-to-see Apply Now buttons. Nicely done. I Like it. 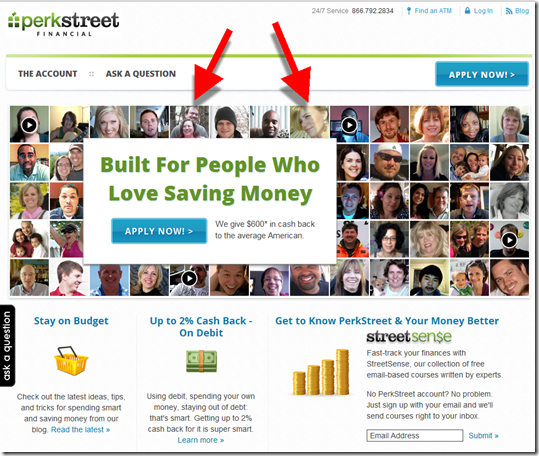 Clicking on a video testimonial launches a popup 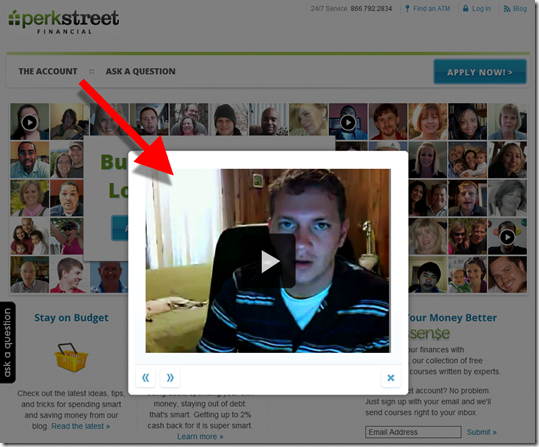 Clicking on a static photo brings up a short written testimonial 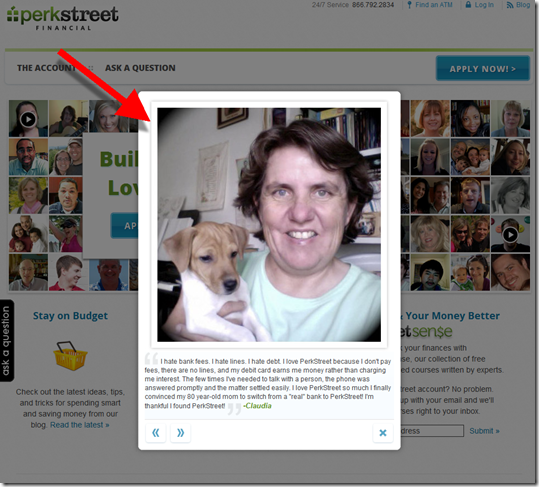 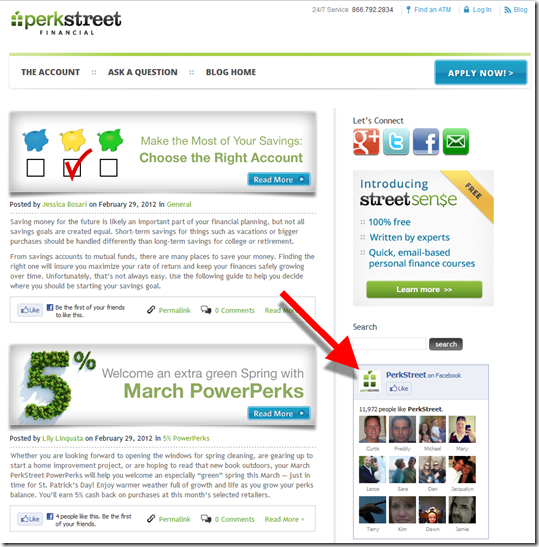 Notes:
1. I am calling it virtual because they are a pass-through to a third-party bank that holds the funds.
2. See our latest report, Banking on Facebook, published yesterday.