While working my way through the RSS backlog tonight,
I found a post from Rob Findley at The Bank Channel, I wish I’d seen a week ago. It would have made a nice example in our latest Online Banking Report on the iPhone and other mobile applications. 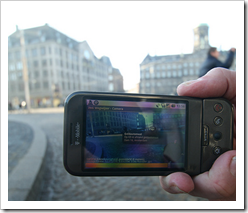 In the ING (Netherlands) version, you have three choices of how to view the nearest ATMs (see below):

The camera option is very cutting edge. Users point the camera in their G1 mobile phone camera (inset) and the app overlays a pointer to the nearest ATM (see below). The application works for all ATMs, ING-owned and others, but only in The Netherlands.

The application was developed for ING by SprxMobile using technology from Australia’s Austria’s Mobilizy.

I saw a Japanese startup demonstrate a broader mobile shopping app at TechCrunch50 last September, the Sekai camera from Tonchidot, but this is the first production app I’ve seen using the technology.

Bottom line: This is probably overkill in terms of a mobile ATM finder. However, it shows the power and versatility that’s rapidly being engineered into mobile phones. 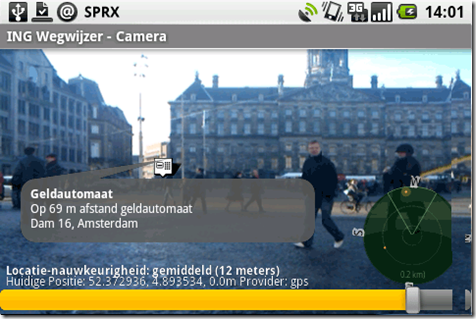 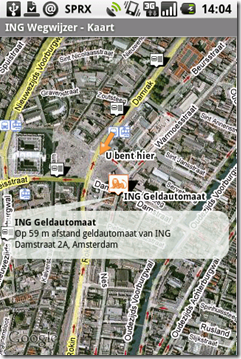 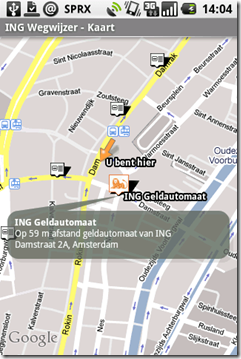 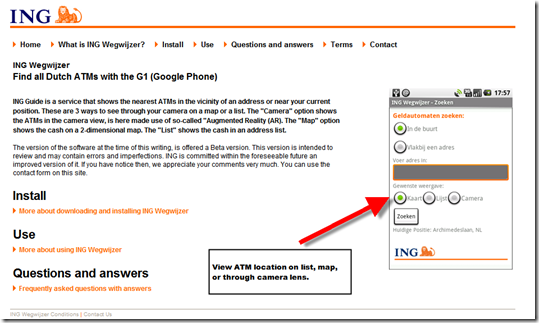