At an acquisition cost of about $100 per account or $300 per customer, it seems workable at face value. However, both Sharebuilder and ING Direct’s core businesses have historically been relatively low margin, so it will take good execution to make the acquisition pay off.

Many (most??) of Sharebuilder’s accounts have come through co-branded programs with 40 banks and 140 credit unions including National City Bank and Boeing Employees Credit Union. It’s biggest brand name partner is Wells Fargo (see co-branded holiday promotional email from 2002 below), which not coincidentally, is also an investor in the company. It will be interesting to see if the company’s financial institution partners will continue to promote Sharebuilder accounts now that it’s a division of ING Direct.

ING Direct has offered a small assortment of mutual funds to its customers for years (product page here), but they have not been widely promoted. With the Sharebuilder product, ING Direct will have another tactic to fend off the fierce online competition for high-rate deposits.

Update (8 Nov 2007): comScore released interesting traffic data on the two companies today. In Sep 2007, ING Direct had 2.0 million unique users and Sharebuilder had 1.1 million and there was only a small overlap of approximately 100,000 users. So the combined entity would have an estimated 3.0 million uniques. However, most of the overlap represents customers of both companies. comScore data shows that 8.4% of Sharebuilder logins in Sep. also logged in to ING Direct that month. That means 50,000 to 60,000 Sharebuilder customers are already ING Direct customers, meaning the net account pickup is closer to 600,000. 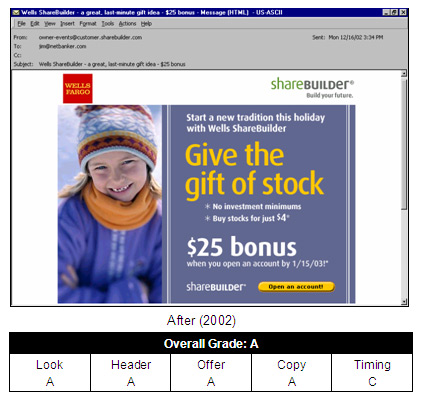 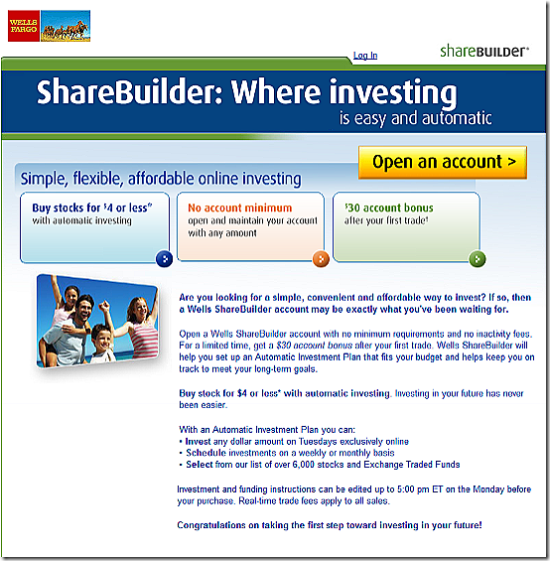