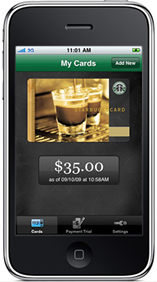 Are you tired of hearing “there’s an app for that” yet? Well, get used to it, we are still at the beginning of the great app rollout.

Even as recently as our iPhone Banking Report published in March, I assumed most financial institutions would have a single iPhone app. One bank. One app. It’s how the Web worked, for the most part.

But when Starbucks unveiled a dedicated app just for its stored-value card (separate from the main Starbucks brand app), I realized that I wasn’t thinking big enough.

For example, in August PNC Bank become the first U.S. financial institution to offer multiple apps when it released an app for its Gen-Y-focused Virtual Wallet. That was followed last week by Wells Fargo when it unveiled its cash-management app for larger businesses, CEO Mobile (screenshot below; press release). 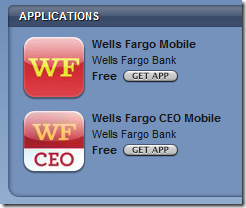 Now, I believe that each major bank will roll out dozens of apps, perhaps hundreds, to support their business lines, major products and large segments. There will be an app for each major affinity credit/debit card, one for students, one for small businesses, one for large business, one for senior checking, one for home equity lines, and so on.

And, if that’s not enough, there could be a dedicated app for each stock broker, loan officer and mortgage broker. There could be one app for every branch, neighborhood, or region. Right now the search-and-discovery tools at Apple would implode under the weight of all these apps. But they’ll figure that out. It’s worth billions to them.

Today, more than 100,000 apps are available for the iPhone. But fewer than 20 are for U.S. financial institutions. It’s conceivable that in the banking vertical itself, well over 10,000 apps could be developed, possibly many tens of thousands (see notes 1, 2). 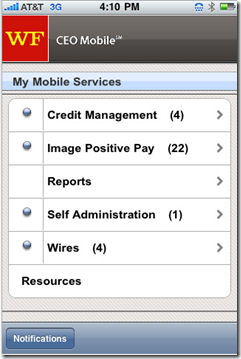 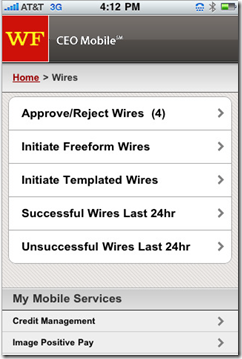 Notes:
1. They won’t all be iPhone apps. The mobile market is too big to have it all consolidated at one player.
2. It’s also conceivable that we’ll move away from the dedicated app framework, and users will be able to configure their phones with hundreds of info feeds without needing to install an app for each one. More like the iGoogle portal model.  It will be fascinating to see how it plays out.