Since my previous Fintech Four (when Bitcoin was a lowly $200), it’s been an interesting few weeks. Here are the standouts last week:

Who would have guessed a $50 payment gadget could be a viral hit? In the week since it was announced, the 105-second demo video (made Sandwich Video) has racked up more than 6 million views, 26,000 likes, and almost 9,000 comments. The company said it’s original $50,000 crowdfunding goal was hit in 47 minutes, they have not said how many have been sold since. According to a button on its site, the pre-order period will last 30 days.

Many of speculated about why this happened, but the most concise summary is on Quora written by Brian Roemmele. He lists five reasons:

1. The product solves a real problem, too many cards in the wallet

2. Coin implies there is a limited supply

4. It appealed to early adopters with a blend of “old” meets “new”

5. $5 referral credit (against the $50 cost) with a built-in sharing button at the end of the purchase process.

Fintech startups have been taking home awards at various fall tech events this fall. Here are six winners in from the past 10 days:

3. Get In the Ring winner at this Dutch startup competition (Rotterdam)

Finovera (FinovateSpring 13), officially launched its billing/PFM portal and landed a favorable TechCrunch post. The service competes in the PFM space, but is more focused on the billing and payments side (along with Manilla and doxo). Unlike analyzing/charting spending, the process of organizing, paying, and archiving bills is a near-universal need. So, it’s an area that retail banks should pay close attention to (note 1). 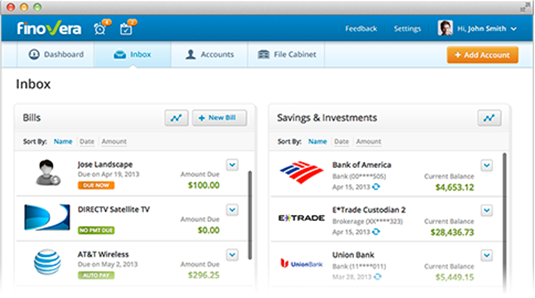 U.S. regulators didn’t exactly endorse Bitcoin and other virtual currencies, but they didn’t condemn it either (Financial Times article). That was enough to send prices through the roof, touching $900 by some reports, a nice 50x gain since Jan 1. Most assets that appreciate so rapidly fall back to earth, but no one knows for sure if Bitcoin isn’t than 1-in-a-million item that defies common sense.

But this is not JUST a Bitcoin story, it’s about the “Internet of money.” And it could be the biggest financial innovation since the credit card. However, it’s still boggles my mind that regulators who are having a hard time letting normal people invest in privately held companies, are not clamping down on unregulated virtual currency trading. This story is far from finished. 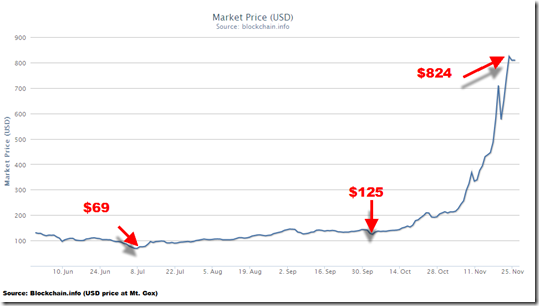 Notes:
1. For a deeper dive, see our report on paperless billing and banking (Nov. 2010, subscription).
2. All Finovate alum videos are available free of charge at our Finovate.com website.