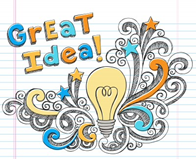 I subscribe to about 800 blogs/alerts and usually find one or two new fintech companies, potential Finovate presenters, every single day. But July was slower, with the pace of new companies dropping to a few per week. Even though I know summer tends to be quieter, I always start wondering if we’ve finally invented everything…then I wake up to my RSS feed this morning and find two clever new services launching today:

So, it looks like we have officially moved into the second half of the year and all the fintech excitement that will bring. I’d be remiss if I didn’t put in a plug for the upcoming FinovateFall, where we’ll have 72 demos (full list here) offering up a plethora of new ideas. The early-bird deadline is Aug 2. So register now and save.