In my pre-Super Bowl post about E*Trade’s “baby” franchise, I wasn’t aware of several other ways the company is using social media to increase awareness:

The E*Trade homepage has also been used before and after the game to take advantage of interest in the baby ads. The baby dominated E*Trade’s homepage the day after the big game (see screenshot #3 below of the Monday morning homepage).

Lessons for financial institutions
You don’t have to be a Super Bowl advertiser to use social media to support your advertising campaigns. Banks and credit unions of any size can use these relatively low-cost tactics.

Here are the eight key support elements to consider for your next campaign: 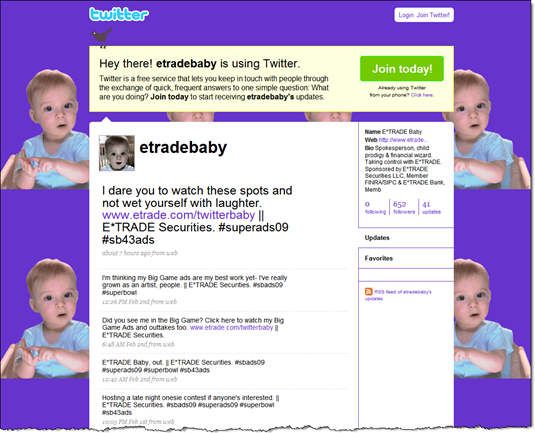 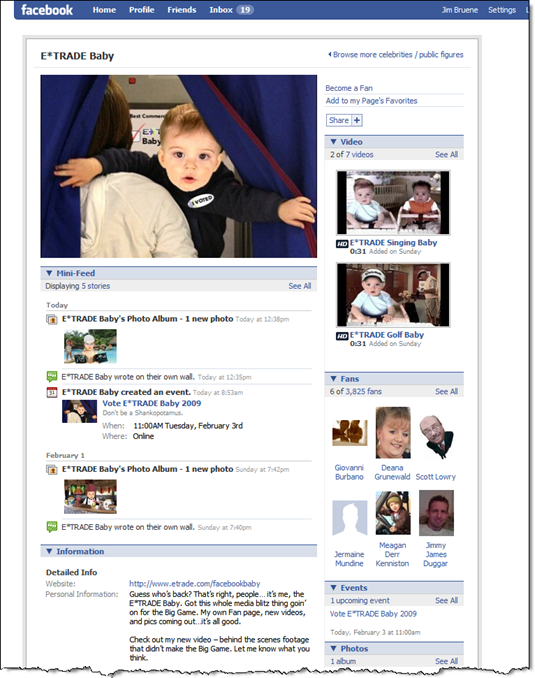 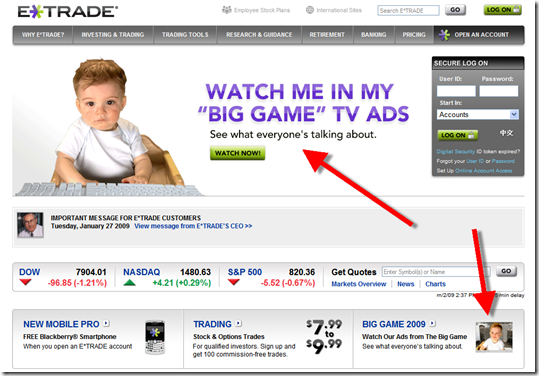 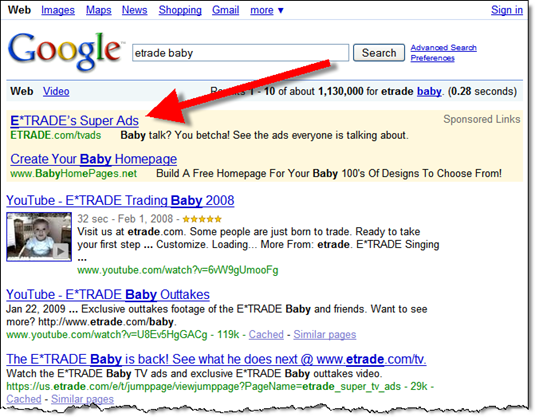