Third-party review sites have come and gone over the years, but only recently have mainstream consumers been exposed to them through prominent placement in Google organic search results.

As you can see on our search for “Wainwright Bank,” a link to its Yelp review is on the first page of Google organic results. It’s the third-highest result, not including those that link directly to the bank’s own URL (see first screenshot).

Luckily for Wainwright , it’s the top-rated bank in Boston according to Yelp. In fact, because reviews are aggregated by branch, the bank dominates Yelp, hogging the top four slots (see second screenshot).

Posting bank reviews doesn’t appear to be a compelling activity. Yelpers spend most of their time reviewing eating and drinking establishments. The most-reviewed bank in Boston is the Alewife Brook Parkway branch of Wainwright with a whopping 14 reviews (average: 3.5 stars). And it takes only six reviews to crack the top-10-most-reviewed in Boston. In contrast, the tenth-most-reviewed Boston restaurant has 554.

And because each branch is ranked separately, just a handful or positive, or negative, reviews can have a huge impact on rank.

So, it might be tempting to encourage reviews by your employees, or employees of your vendors. Don’t do it. Not only is it the wrong thing to do, you stand a very good chance of getting caught. And the ensuing blog post exposing the subterfuge will not only be embarrassing, but also is likely to be ranked higher on the Google results page than the Yelp reviews.

However, you can play the game ethically by subtly encouraging customers to post reviews on Yelp, Google and other local review sites. For example, Amplify Credit Union has links on its Contact Us page that make it easy for users to post reviews at Yelp and Google (see third screenshot). Note that the CU does not try to sway users to post only “good” reviews. 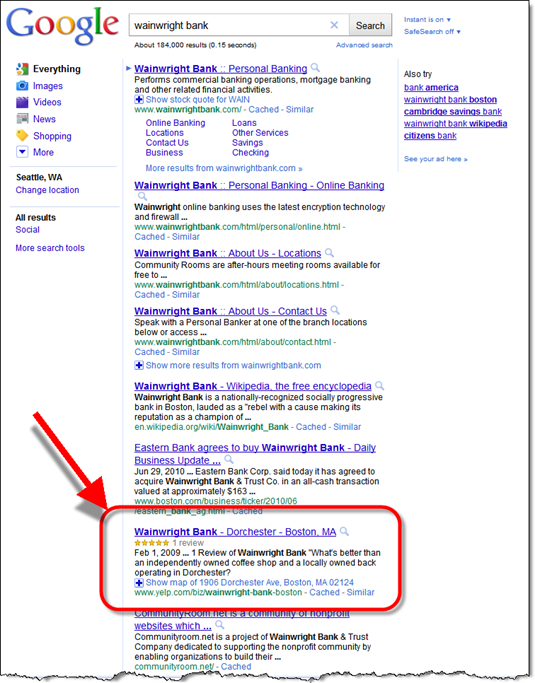 Top-rated banks and credit unions in Boston according to Yelp reviewers
Note: There are only 31 total reviews across the top-5 banks 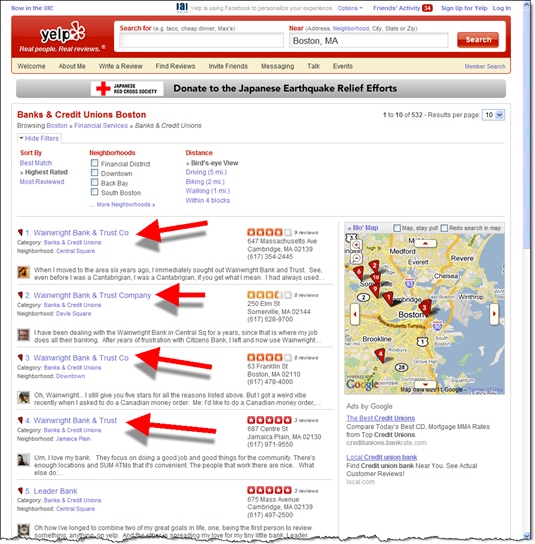 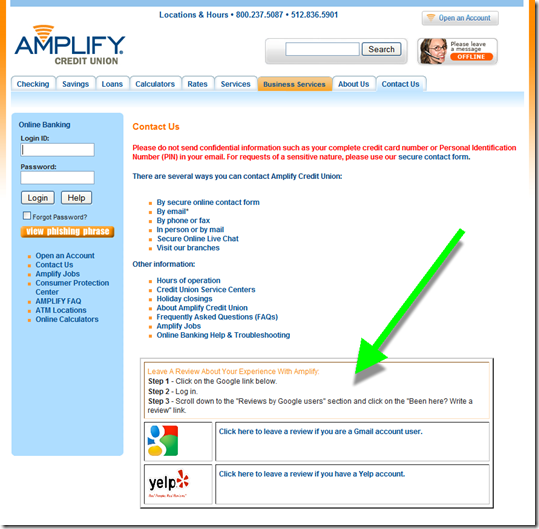